After the wonderful anchorage at Henry, we traveled on Saturday to the Illinois Valley Yacht Club in Peoria Illinois. It’s another beautiful marina with a very friendly staff and local boaters. Our plan is to stay 2 nights, Friday & Saturday. 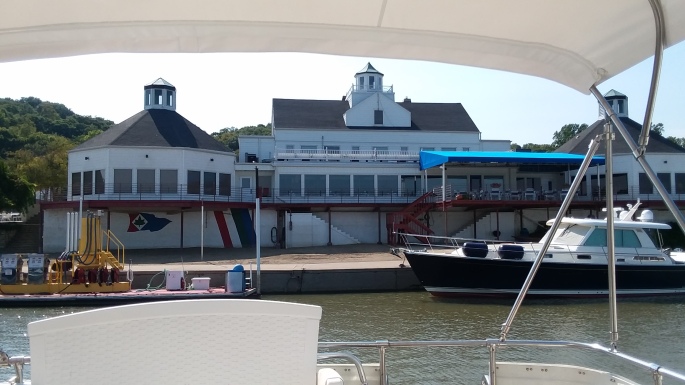 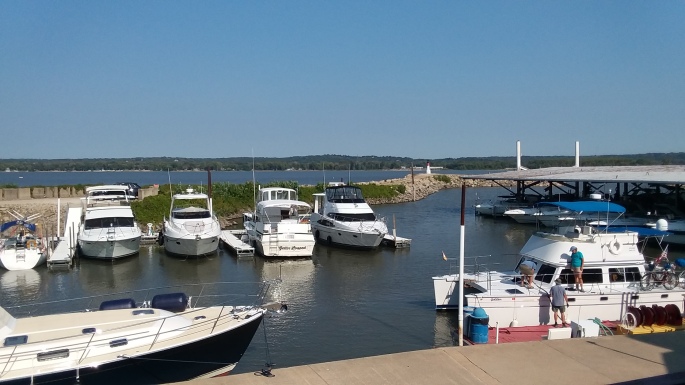 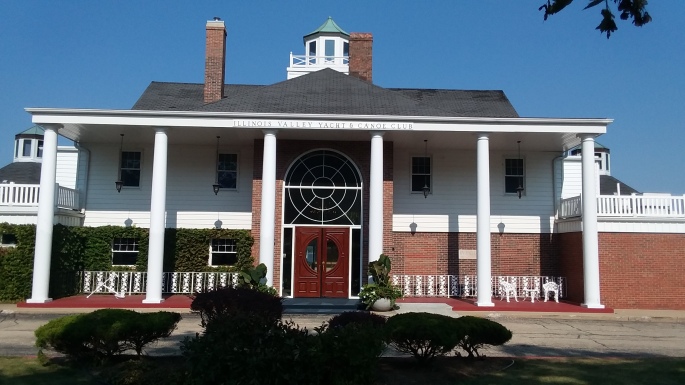 Downtown Peoria is about 2-3 miles away, so we took an Uber into town. We were told by some folks at the marina that there was a big Octoberfest celebration this weekend.
We started our afternoon/night in Peoria with some discovery of the downtown. There was a very large structure which contained a Science Museum & Planetarium. 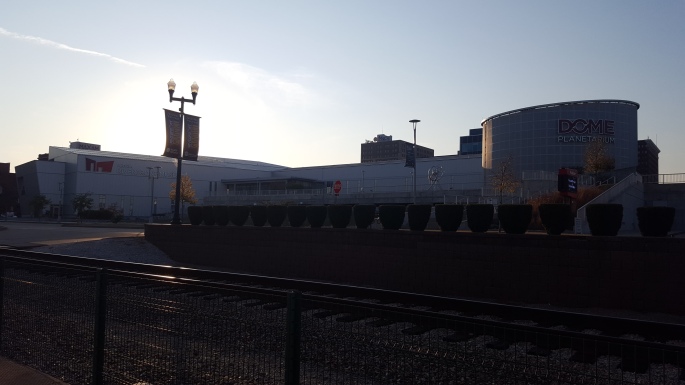 We ran in to a local on the riverfront and asked about the town & restaurants. The ole fello said “This town is dead, nothing here, it used to be nice but the locals did not support it, they spent their money outside of Peoria”.
The riverfront did show some of the signs of good times gone bye, with a few nice looking places closed (Joe’s Crab Shack on the river). But there was still plenty of nice stuff to see. We ate dinner at a BBQ place called the Blue Duck. The food, service, and friendliness were great. There were also some “Tall Ships” on the riverfront for the weekend. 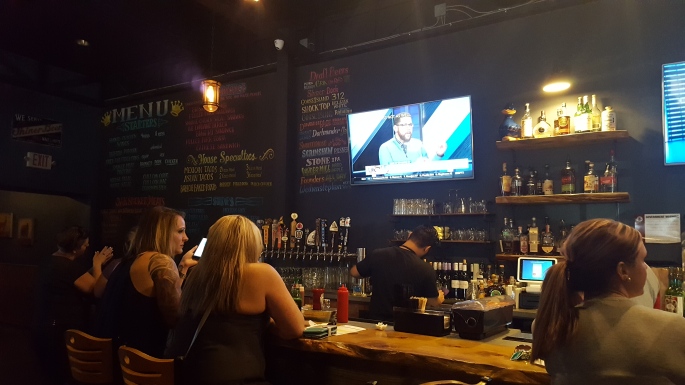 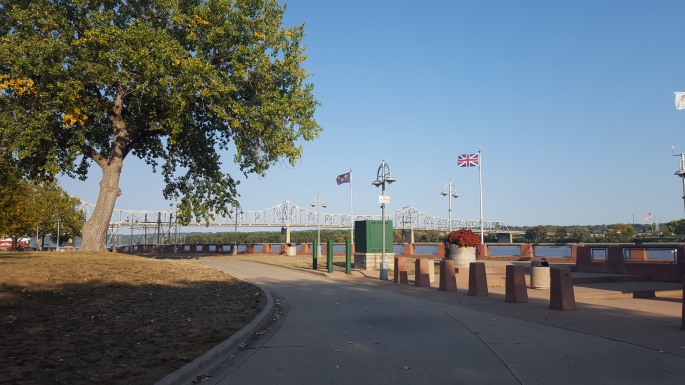 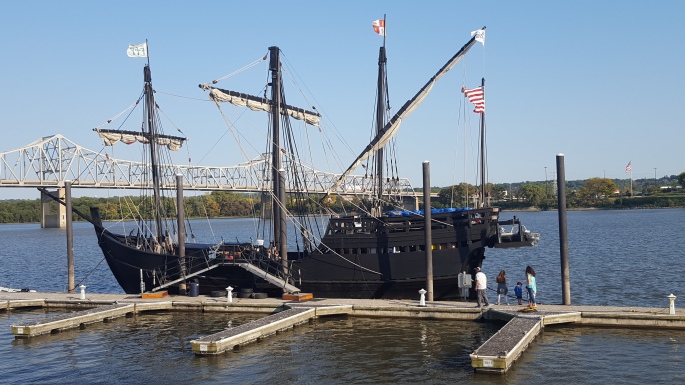 The highlight of the night was the Octoberfest celebration on the river. It was a blast. Beer, Music, Dancing, German Outfits, German History, Wood Carvings, a Beer Mug Holding Contest, & very tasty nite time deserts for Mike. 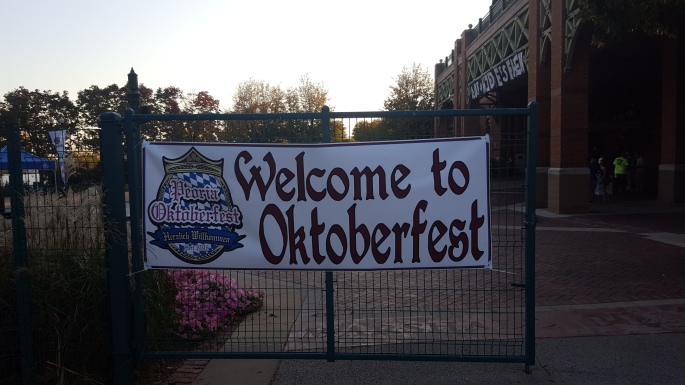 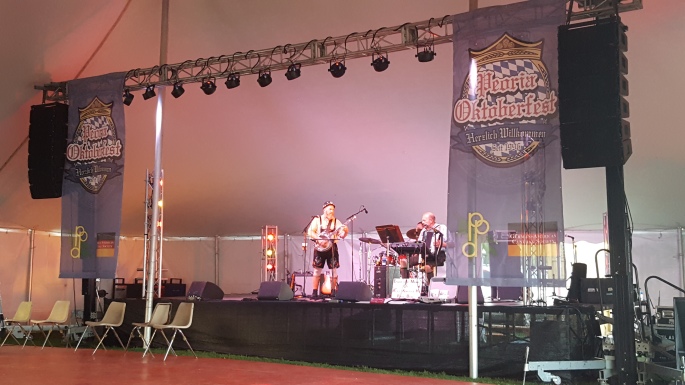 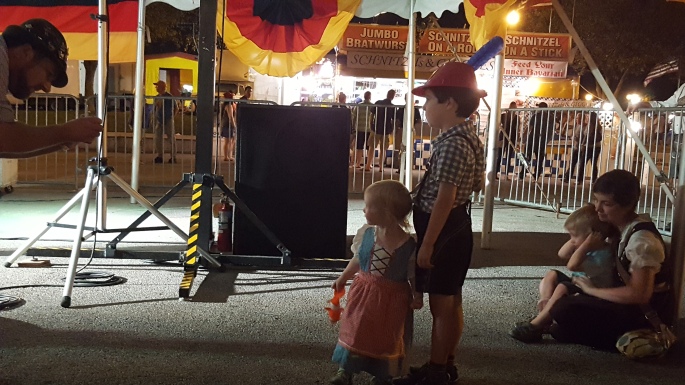 The best part of the Octoberfest was the entertainment. Several bands, one was a more generic German band & the  second very lively younger alternative German band who had just returned from a German tour.
The first more generic band was very nice, and initiated some authentic German dancing.
See the attached video = https://www.youtube.com/watch?v=00UxRPChDwA

The second band was very entertaining.
They play a very high energy alternative form of German music.
The video shows one of their originals, but they did some modern songs like ; AC/DC-Back in Black & Bryan Adams-Summer of ’69.
See the attached video = https://www.youtube.com/watch?v=J3xygKs0x_0

The night ended with the purchase of some fudge, cookies, and Uber ride back to the boat.