After saying farewell to Kenny & Carla on Friday, we left Grand Harbor on the Tennessee river in Counce Tennessee, and started our trip down the Tenn-Tom Waterway towards Mobile Alabama and the Gulf of Mexico. We hope to be in Mobile around the middle of November.

Departure on Saturday morning was Very Cold  , 38F !
So cold Mike & Nellie had to break out the stored away winter coats. 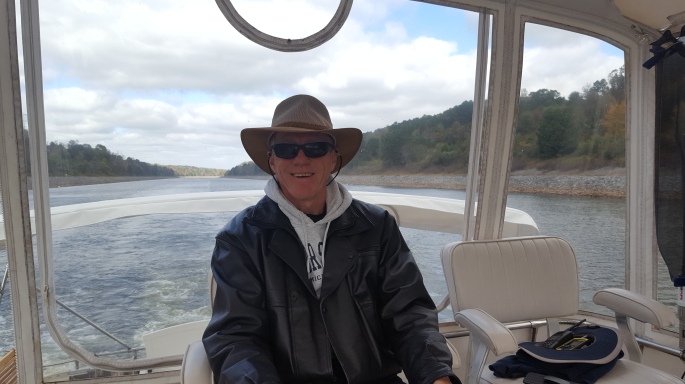 The early morning started with an oh-crap – the Auto Pilot is Inop.
It may not seem like a big deal (just have to steer the boat vs using auto pilot, right ?).
But the Auto Pilot also shows the location of the rudders, and when the rudders are strait vs turned. Rudders that are not strait significantly affect the ability to use the twin shafts to steer in tight marina quarters.

Apparently the Auto-Pilot issue was a cold temp related issue, shortly after we were under way, normal auto-pilot function returned.

Our initial ride down the Tenn-Tom was wonderful.
Very pretty sights, low barge traffic, and relatively quick lock passages.
The Tennessee–Tombigbee Waterway (popularly known as the Tenn-Tom) is a 234-mile man-made waterway that extends from the Tennessee River to the junction of the Black Warrior-Tombigbee River system near Demopolis, Alabama.
The Tennessee–Tombigbee Waterway links navigation from the nation’s midsection (near the intersection of Tennessee, Mississippi, and Alabama)  into the Gulf of Mexico, exiting in Mobile Alabama.
There are 10 Locks between Pickwick Lake (Grand Harbor Marina) in Counce Tennessee & Mobile Alabama.

Out first day on the Tenn-Tom we completed 60 miles & 3 locks, each with only 30ft drops.
Gettin’ Looped had the pleasure of leading a 6 boat flotilla thru the 60 miles & 3 locks, calling ahead by cell phone to the lock masters and communicating via VHF radio the lock-thru plan to the other 5 boats.
The flotilla leadership role comes simply from being the first one into & out of the first lock of the day.

Towards the end of the day, shortly before we got to Midway Marina in Fulton Alabama, I noticed on the chart plotter a place called “Murphree’s Landing Marina”.
Unfortunately the water levels outside of the channel would not allow a 43ft Viking on shore to explore.
The marina looked to be a very small place with max size boats of about 27ft. 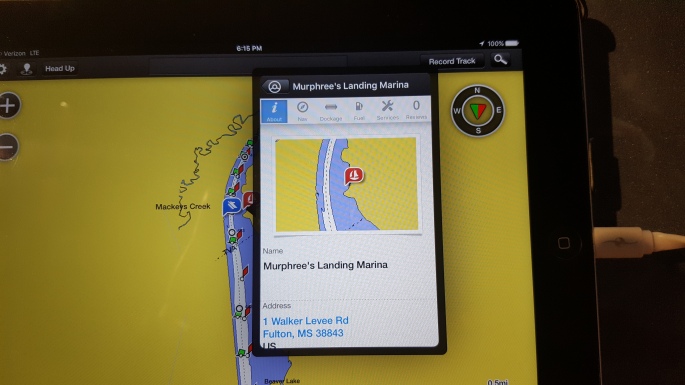 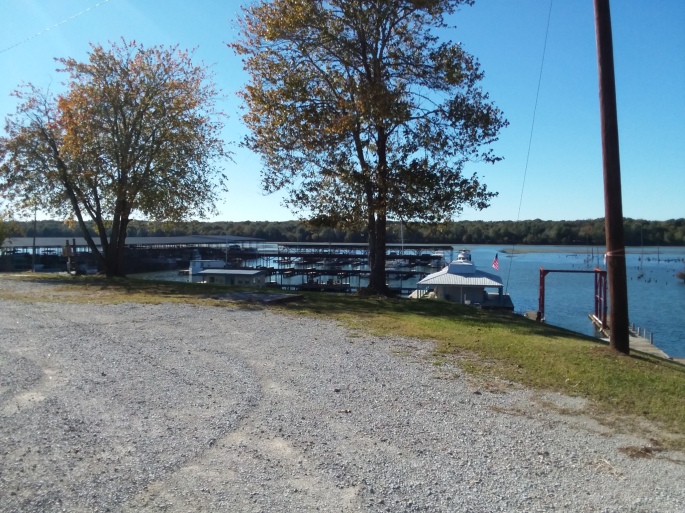 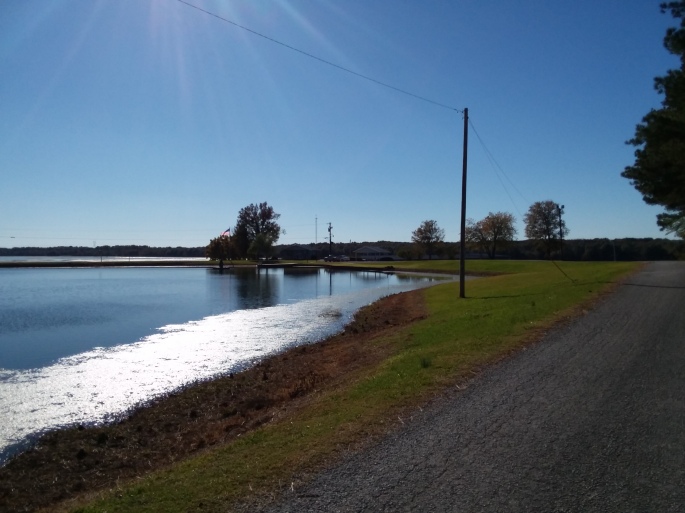 We were only at Midway for 2 nights, Saturday & Sunday, Oct 28-29.
On Sunday we did a couple cool things.
We borrowed the Midway courtesy car and went to 2 places;
The first place we went was back to Murphree’s Landing Marina 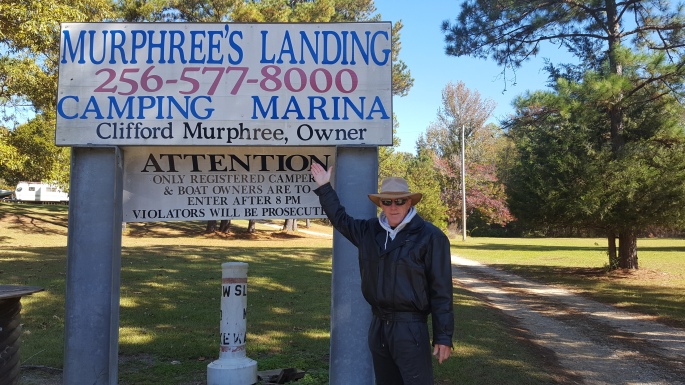 When we arrived there was nobody around, it was about 11am Sunday morning, I was sure that all the Murphree’s were tucked away in a nice warm church.
So I called the owner Clifford Murphree.
Clifford Answered.
I told Clifford that my name was Mike Murphree, and that I was from Detroit, and that my dad had an uncle who lived in nearby Tupelo Mississippi, named Elvis Murphree.
Clifford said “well I’m currently in Murphy NC, but I think we are kin”.
He said that his grand dad and my dads uncle Elvis were cousins.
I sent my dad the photo, and my dad said that Clifford was his cousin.
My dad also said that he and his brothers Wayne & Charles threw dead fish down Clifford’s drinking well when they were kids.
I’m still not sure about all the facts, but it appears that we are related to Clifford (more research req’d, especially the fish story).

The second cool thing we did on Sunday was to complete our Elvis Presley tour that we started in Memphis Tennessee with our Graceland visit two weeks ago.
Midway Marina / Fulton Mississippi are right next door to Tupelo Mississippi.
Tupelo was the birth place of Elvis Presley.
So we went to the birth home of Elvis in Tupelo.
The Presley’s were very poor when Elvis was young.
The house was a very small 2 room house, with a combo living/bed room & a kitchen/dining/bathing room (note the steel tub at the back door).
No water or electricity. 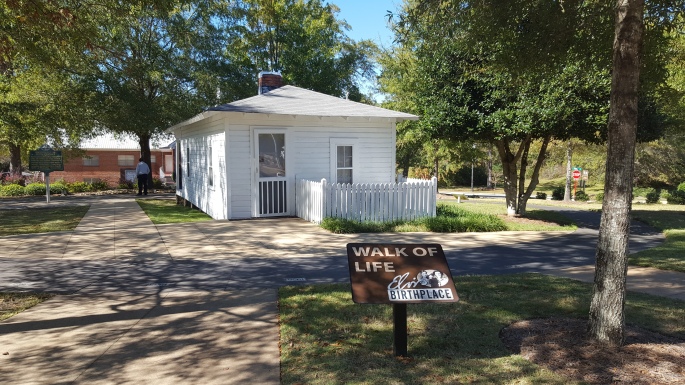 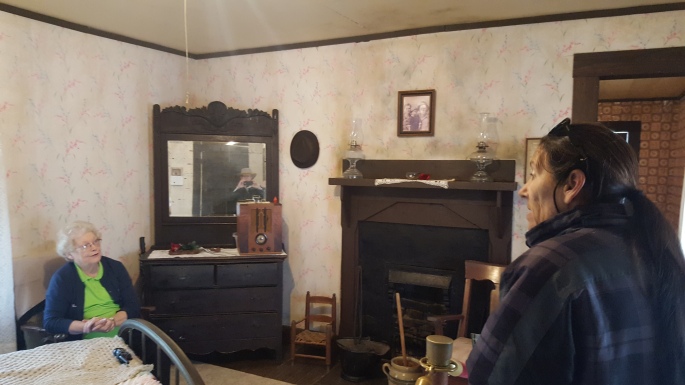 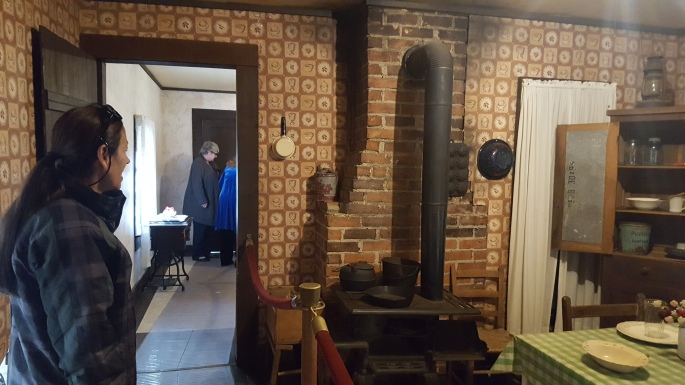 Our next stop on the tour was the actual little Assembly of God church where the Presley family attended service. It was moved 2 blocks from its original location to the birth place property so visitors could see both significant buildings w/o having to travel 2 blocks. The structure has been restored and the pulpit is the original one from the time that Elvis attended service. Once inside the church, we sat down on the pews and a video presentation began. Three video screens dropped from the ceiling & covered the entire front wall and side walls of the church (not original equipment). The video consisted of sights and sounds of a recreated Pentecostal church service. The reenactment of “having church” was well done. At one point in the old home movie, Elvis was led by his parents to the front of the church where he was called upon to sing “Jesus Loves Me” in front of the congregation and then the pastor prayed a special prayer over him.
The pastor, Frank Smith was one of the early teachers of basic guitar chords to Elvis.
Unfortunately , we were told before the video began that photos & video of the service recreation were not allowed.
The video provided great insight into why Gospel music became such a large parts of Elvis’ life.
Elvis’ only Grammy awards were all for Gospel music (How Great Thou Are, You’ll Never Walk Alone, He Touched Me). 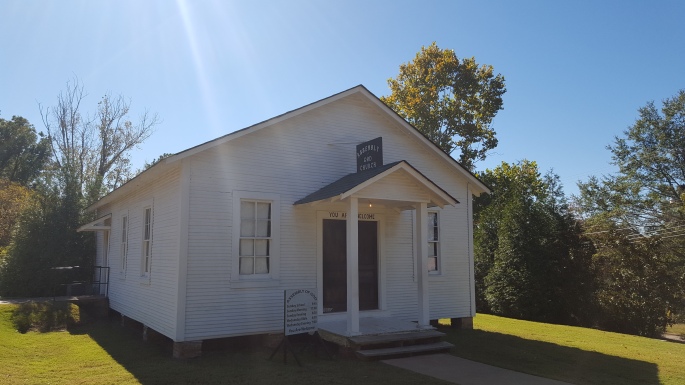 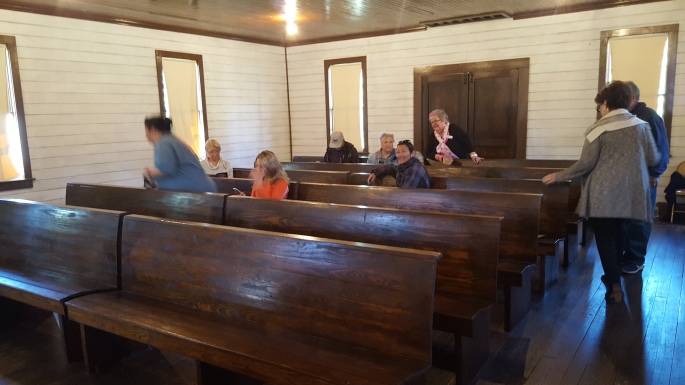 If you haven’t already, check out the GPS Tracker
We are making good progress towards Mobile Alabama & the Gulf of Mexico.
Expand the scale out to see the entire eastern half of the USA, and see the our full track