During our visit, we were treated to the following :
1. The World War II-era battleship USS Alabama (BB-60).
2. The World War II era submarine USS Drum (SS-228).
3. Bombers and fighter planes ranging from a B-52 from the Vietnam War, a P-51 Mustang flown by the Tuskegee Airmen, & an A-12 spyplane.
5. A River Patrol Boat used in the Vietnam War.
6. Military equipment ranging from items such as a Skysweeper M51 anti-aircraft gun to a M4 Sherman tank.
7. A Redstone MRBM (medium range ballistic missile)

But on Veterans Day, we were also treated to some indoor ceremonies & an outdoor 4 person parachute jumping demonstration.
It was an awesome way to spend the holiday.

The USS Alabama Battleship
In May 1962, USS Alabama had been ordered scrapped along with her sister ships, USS South Dakota, USS Indiana, and USS Massachusetts. Citizens of the state of Alabama had formed the “USS Alabama Battleship Commission” to raise funds for the preservation of The Alabama as a memorial to the men and women who served in World War II. Alabama’s school children raised approximately $100,000 in nickels and dimes from lunch money and allowances to help the cause. The ship was awarded to the state on June 16, 1964. Alabama was then towed to her permanent berth at Mobile, Alabama, arriving in Mobile Bay on September 14, 1964 and opening as a museum ship on January 9, 1965. The USS Alabama was joined in 1969 by The USS Drum, a World War II Gato-class submarine. 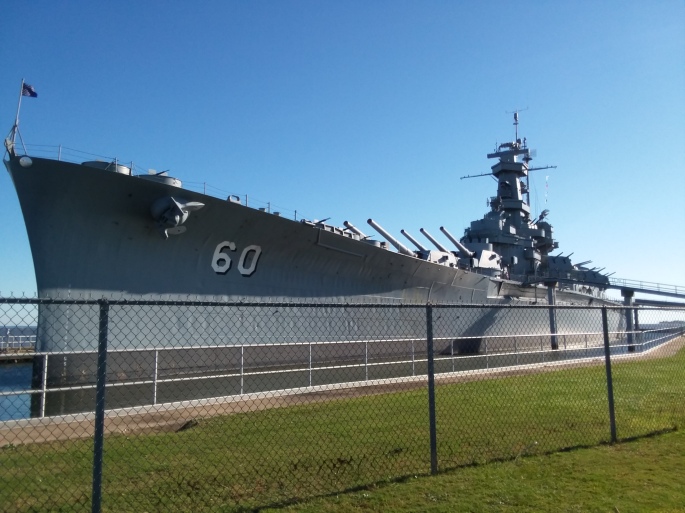 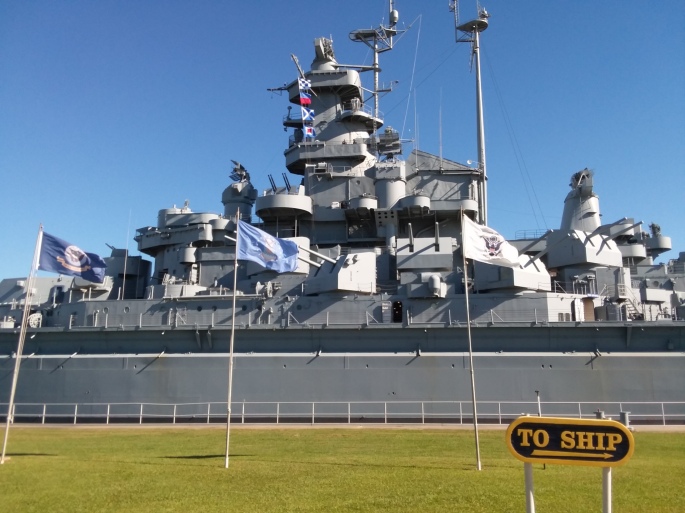 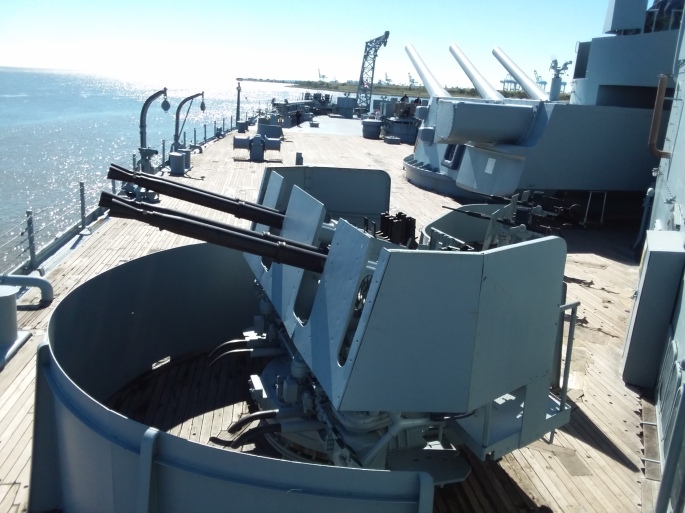 The USS Alabama also has history as being the warship that Cleveland Indian pitcher Bob Feller served his military obligation.

The USS Drum Submarine
The USS Drum was commissioned in November 1941.
Her crew was 7 officers & 65 enlisted men.
She earned 12 Battle Stars in WWII 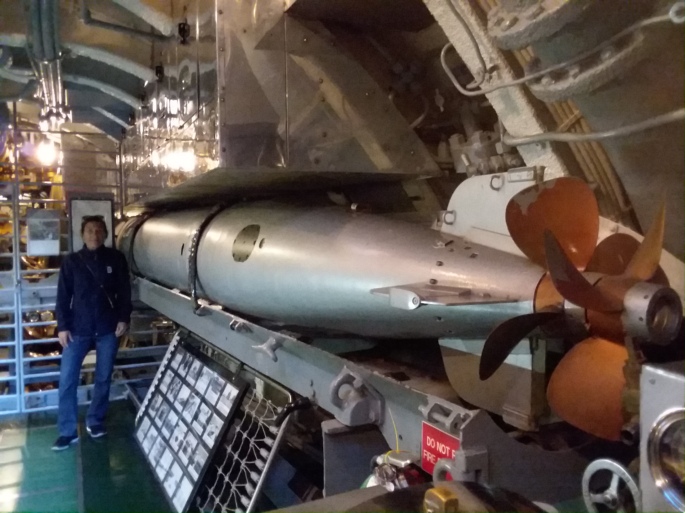 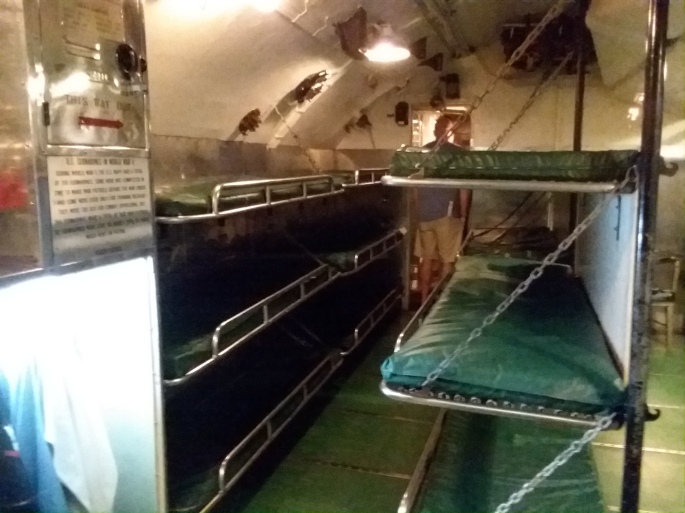 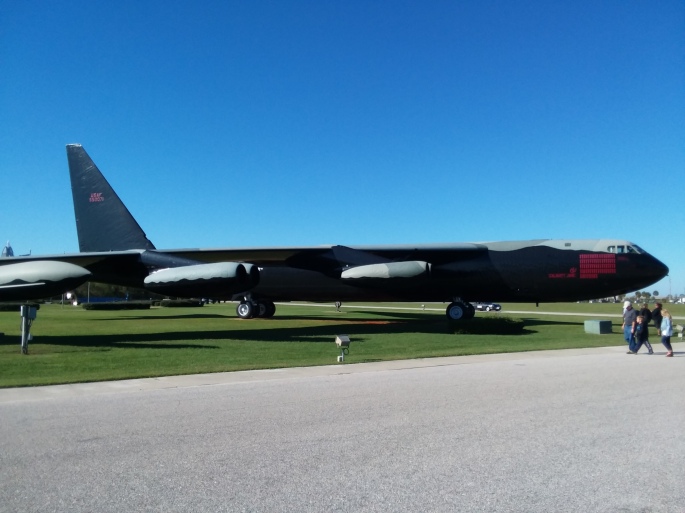 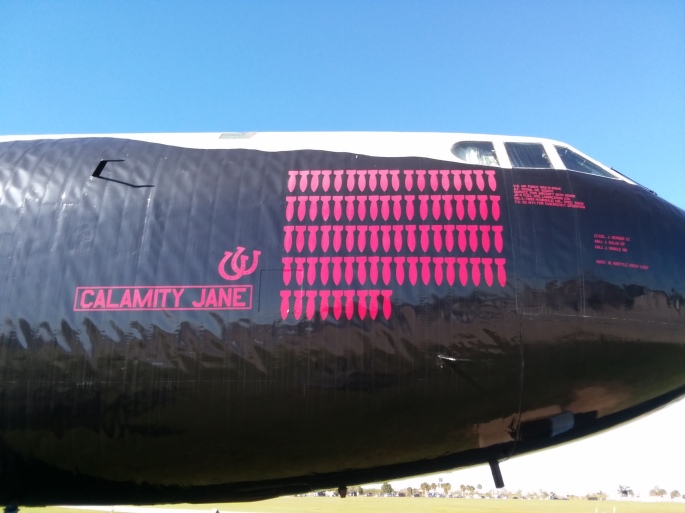 The tour of the ships, planes, tanks, etc was really cool, but the best part of the day may have been the indoor ceremony celebrating Veterans Day. The ceremony had WWII veteran speakers, 4th grade student speeches, color guard flag marches, Cadet marches, music of patriotic songs, and the Pledge of Allegiance (click on the link below) 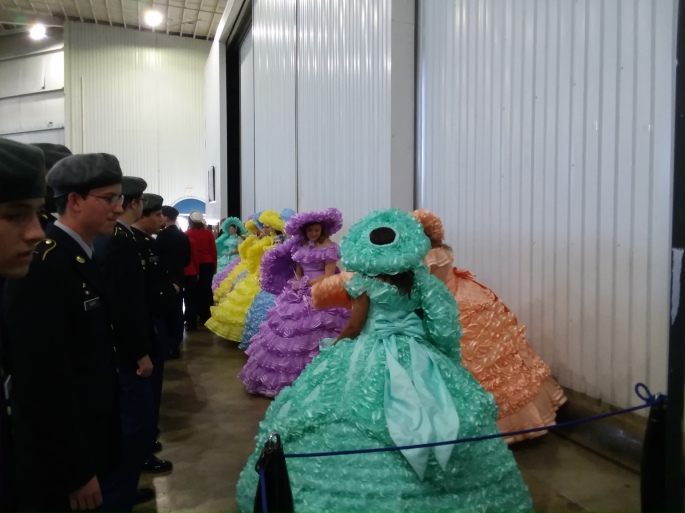 The second best part of the day was for sure the 4 person Parachute Jump demonstration ,
Parachute Jumping = https://www.youtube.com/watch?v=29PjrKaY6Ac&t=14s 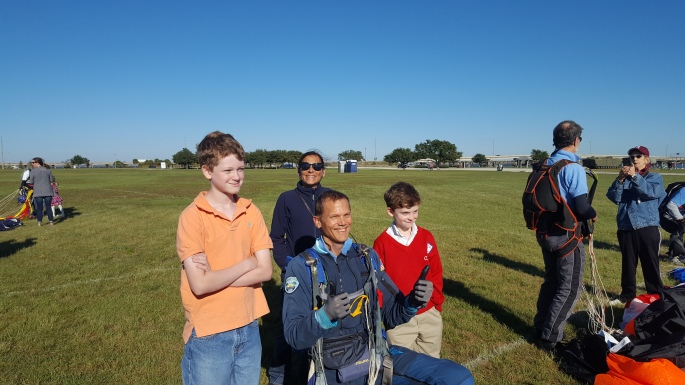 We followed the very fun day with dinner in downtown Mobile, on Dauphin street, a location lined with bars/restaurants/music clubs, and a New Orleans kind of look & feel.

It was a very fun filled day, and a perfect way to celebrate the holiday.