After one week in lovely Beaufort SC, it was once again time to move on.
Today we moved from Beaufort , to Edisto Beach South Carolina.
This is a 1 night stay, prepping for arrival tomorrow in another one of the featured ports on the southeast coast – Charleston South Carolina.

Not much to report.
The marina is very low-key, very quiet, actually a lot like the Lady’s Island Marina in Beaufort. It is again on a small creek off of the ICW (Big Bay Creek).

We asked the folks at the marina office if there was much to see in the town and they said not really. The main “to-do” around here is the beach, which is about 3 miles away. The Uber quotes were $9 each way, so we decided to lay-low at the marina and save the money for Charleston. We chilled with a few pre-dinner drinks, listened to music, read books, & did marina prep work for New York (advanced reservations, because we will be there around the 4th of July).

The Marina at Edisto Beach is low-key, but is fun to watch the boats come in for fuel and/or launch at the boat ramp. 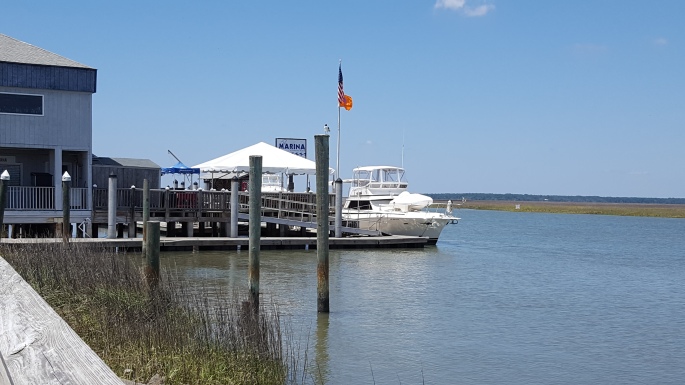 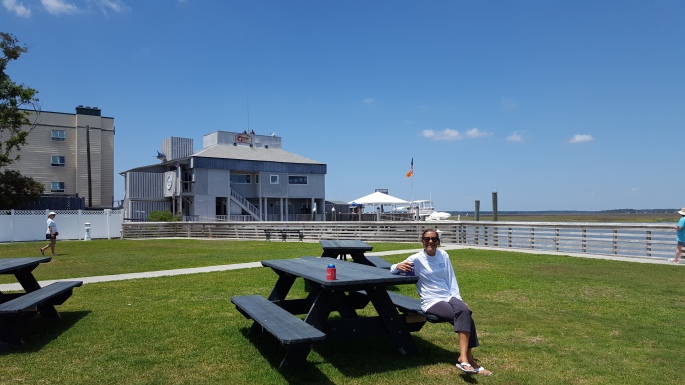 The Marina at Edisto Beach is most famous its Edisto Invitational Billfish Tournament, in July every year. The tournament has been going on for 21 years. A quick google search shows that they are not messin’ around in this tournament, see the catch below from the 2015 tournament. I also learned on google that our harbormaster Larry Darby is married to the local Edisto Island mayor Jane Darby !
The highlight of the tournament each year are the daily weigh-ins, followed by dinner & drinks at the Pressley’s Restaurant connected to the marina.

For dinner we did in fact go to the Pressley’s Restaurant. Google rated them 4.4 stars so we gave it a try. It turned out to be “Ok”, not bad but not as spectacular as some of the previous locations. But the view from the 2nd floor restaurant over the Big Bay Creek was striking.