Out of all the blog posts we have made, this one may be the least interesting to the blog followers. But it was one of the most interesting from the human interaction perspective.

Clifton Marina & our previous stop at Pebble Isle Marina in New Johnsonville, are known on the Looper circuit as two of the friendliest stops on the Loop.

There was nothing fancy about Clifton Marina, there were no “great shots” from a photo perspective, but the folks down here really made you feel special. They made you feel like you were a local, like they truly appreciated having you around, and truly seemed sad when you told them you had to get on down the road.

Gene, Sonya, Amy, and all the locals (Wooley, Coach, Bob) made the weekend very special. In addition, we spent the weekend at Clifton with Looper pals Odyssey (Bud/Sue) & made yet more Looper friends who we already are bonding strongly with ; “Heaven to Betsy (Steve/Betsy) & Resolute (Pete/Pat).

The Clifton Marina has a very unique outdoor patio with flat screen TV. It is a place where all the problems in the world are solved daily by “Wooley, Coach, Dennis, Bob, and others (sorry, no photo of the boys). All of the world problems are solved with humor and a lot of southern accent.
The outdoor patio became the bonding place between visitors & locals.
Gene & Sonya cooked up the very tasty burgers on the grill, there was plenty of beer and plenty of football this weekend, complete with Saturday nights stunner between Mich State & Michigan, and Sunday nights thriller between Green Bay & Dallas. 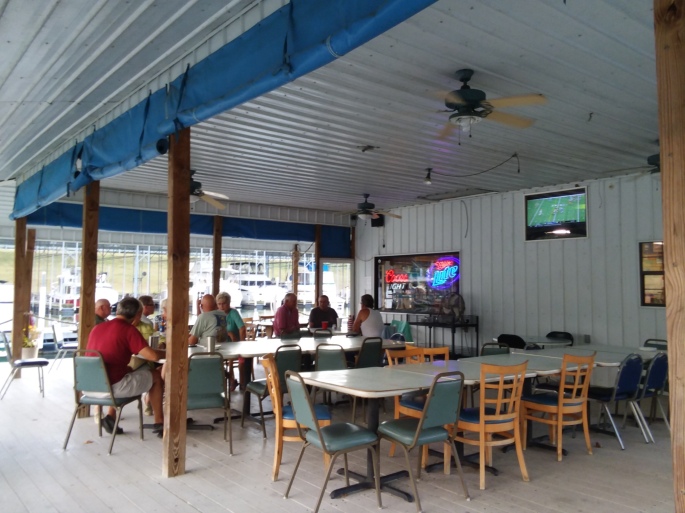 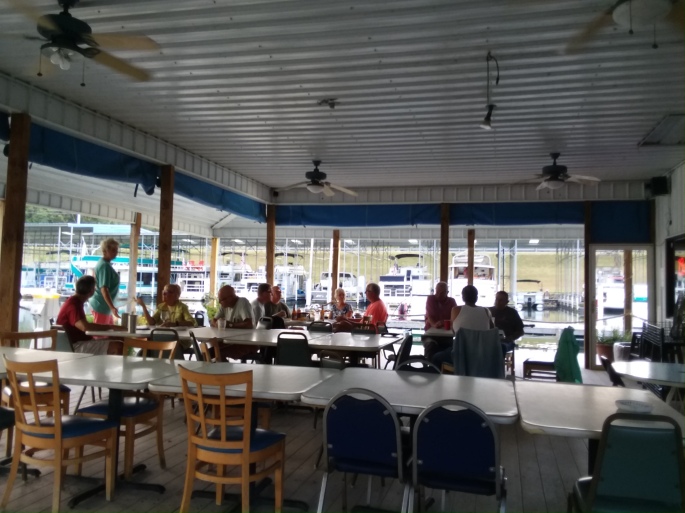 On Sunday, we went with Bud/Sue to the Walmart about 45 minutes away. We took the owner Gene Davidson’s personal Cadillac STS to the store. Gene is a special ole guy, he speaks every word from the heart, he reminded me of my late uncle Elvis from Tupelo Mississippi.

We had some pretty sightings during the weekend. A rainbow surprised us for about 30 minutes during the Mich/State game, and some of the trees are starting to change (not many yet, besides this one). 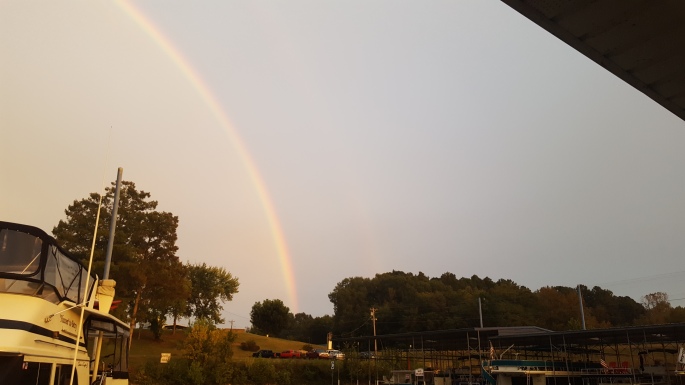 Oh yea, by the way – when we were coming down to Clifton, we saw some pretty nice homes along the Tennessee River.

Oh yea, by the way #2 – we are still eating very healthy !
Prior to leaving New Johnsonville, we had a pretty nice dessert (shown below) , after some incredible catfish (not shown, but fully eaten). 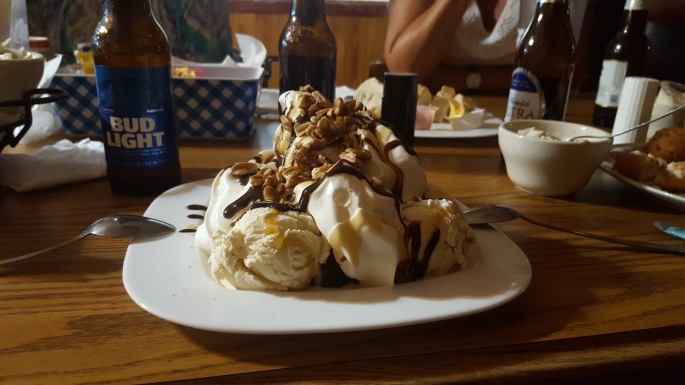 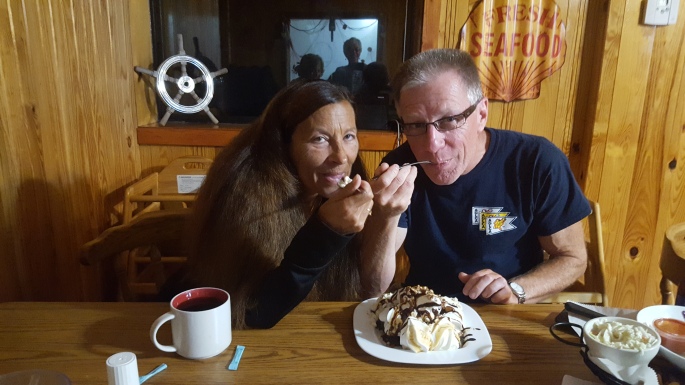 Next stop = back to opulence, Grand Harbor Marina in Counce Tennessee.