Hey blog followers,
This is a Bonus Post full of exciting information.

I almost did not make this post, due to the excitement of the Dave Vrabel / Carol Perrotta Weekend, but The Swimming Hall of Fame was really interesting (really, yes, I mean it).

Mar 16 – Fri
While we were waiting for Dave & Carol to arrive on Friday March 16th, I took an hour to visit The Swimming Hall of Fame located in Fort Lauderdale. The museum was better than I thought it would be. The Hall of Fame site also included a very large, and very active, Swimming & Diving training pools.

There were displays of the old-time swimmers, some of whom went on to acting fame; Johnny Weissmuller (Tarzan), Esther Williams (over 30 movies), and Buster Crabbe (Flash Gordon).

Johnny Weissmuller was one of the world’s fastest swimmers in the 1920s, winning five Olympic gold medals for swimming and one bronze medal for water polo. He was the first to break the one minute barrier for 100-meter freestyle, and the first to swim 440-yard freestyle under five minutes. He won fifty-two U.S. national championships, set more than 50 world records, and was purportedly undefeated in official competition for the entirety of his competitive career. After retiring from competitions, he became the sixth actor to portray Tarzan, a role he played in 12 motion pictures. Dozens of other actors have also played Tarzan, but Weissmuller is by far the best known. His character’s distinctive Tarzan yell is still often used in films. 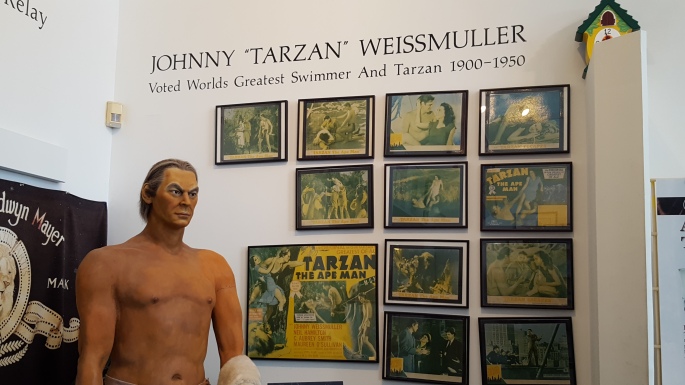 Ester Williams set multiple national and regional swimming records in her late teens as part of the Los Angeles Athletic Club swim team. Unable to compete in the 1940 Summer Olympics because of the outbreak of World War II, she joined Billy Rose’s Aquacade.
She spent five months swimming alongside Olympic gold medal winner and Tarzan star, Johnny Weissmuller. Williams caught the attention of Metro-Goldwyn-Mayer scouts at the Aquacade. After appearing in several small roles, alongside Mickey Rooney in an Andy Hardy film, and future five-time co-star Van Johnson in A Guy Named Joe, Williams made over 30 films in the 1940s and early 1950s known as “aquamusicals,” which featured elaborate performances with synchronised swimming and diving.

Buster Crabbe was an American two-time Olympic swimmer and movie actor. He won the 1932 Olympic gold medal for 400-meter freestyle swimming event, which launched his career onto the silver screen. He starred in a number of popular films in the 1930s and 1940s. He also played the title role in the serials Tarzan the Fearless, Flash Gordon and Buck Rogers. Crabbe is the only actor to play Tarzan, Flash Gordon and Buck Rogers – the top three syndicated comic strip heroes of the 1930s. 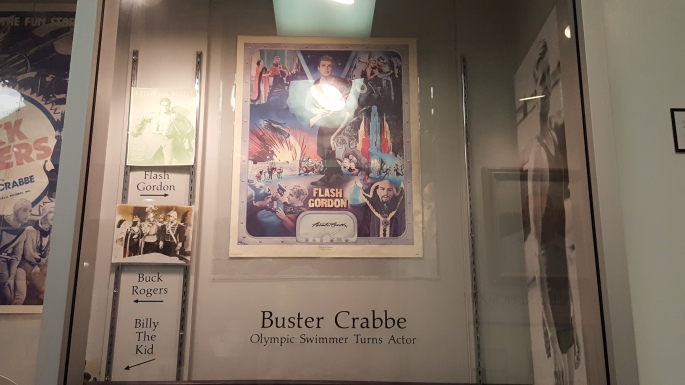 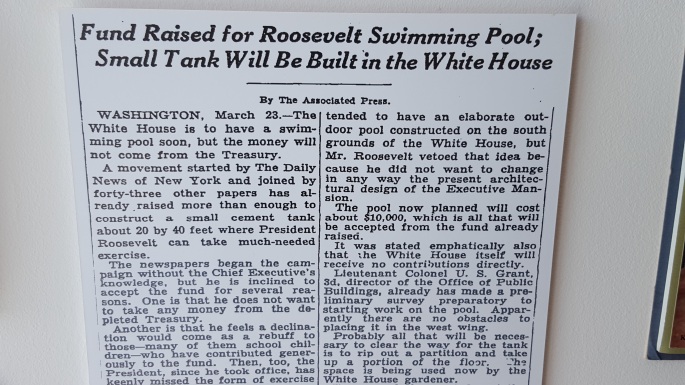 I was surprised to learn that in addition to his acting career, Ronald Regan was a lifeguard between the ages of 15-21, and reportedly saved 77 lives. 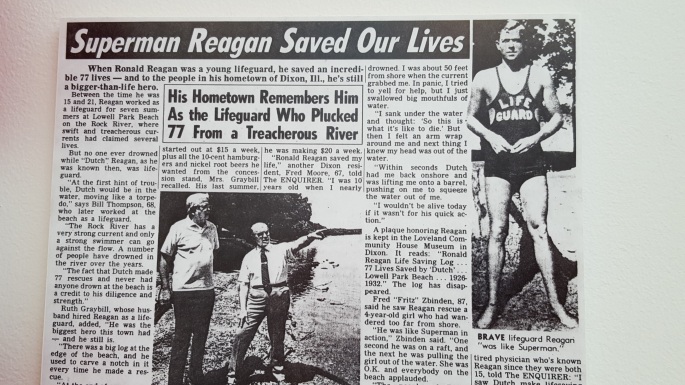 There was also the expected areas of the Hall of Fame with the Olympic History, including Michael Phelps, Mark Spitz, billboards of many past Olympic highlights, and a section of “Politics & the Olympics”. 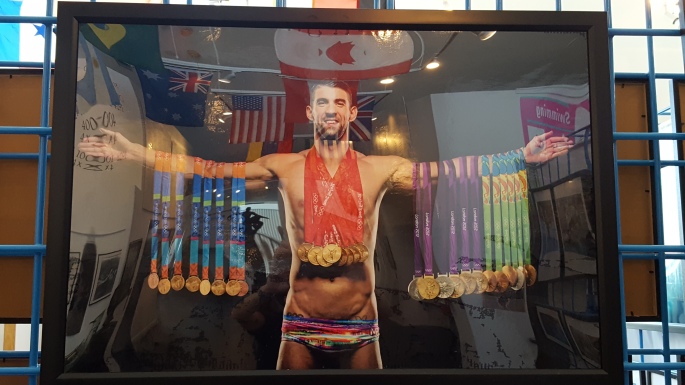 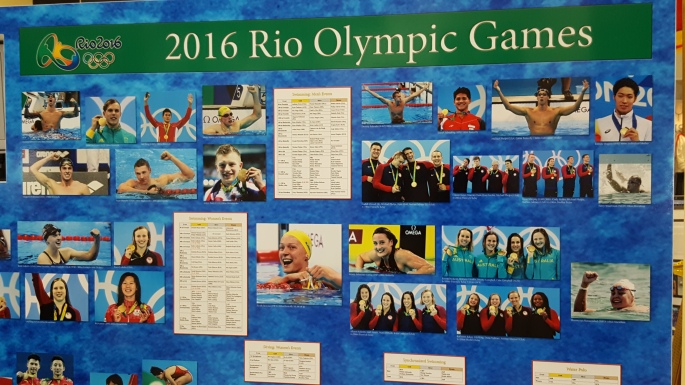 The section on politics in the Olympics was interesting, discussing the 1980 boycott of the Olympics, led by the USA, due to the Russian invasion of Afghanistan. There were 65 countries who boycotted the Olympics, with only 80 countries left to compete.

The Hall also included a section on Olympic controversies, including Shirley Babashoff’s led actions to investigate doping and unfare competitions of the eastern bloc countries during the 1970’s.
Babashoff earned a total of eight individual Olympic medals in her career. She won a gold medal in the 400-meter freestyle relay in both the 1972 and 1976 Olympics, and she won the 1975 world championship in both the 200-meter and 400-meter freestyle. Although Babashoff never won an individual gold medal, she is still regarded as one of the top swimmers in history, and is most vividly remembered for having swum the anchor leg on the gold-medal winning 4×100-meter freestyle relay team, in its victory over the doped up, steroid-plagued 1976 East German women, in what is widely acknowledged as having been the single greatest race in the entire history of women’s swimming.
Babashoff was widely considered one of the greatest swimmers in U.S. history — some even called her the female Mark Spitz — but her dream of individual Olympic gold was thwarted by an East German team that swept the women’s individual events in all but one race. 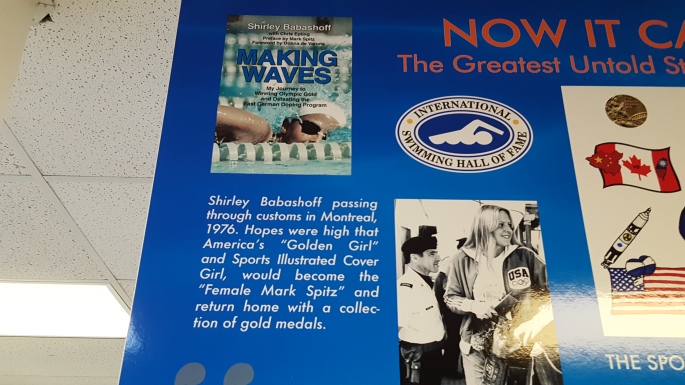