After gettin’ settled in, we took an Uber to the beach at Wrightsville Beach, about 2 miles away from the Yacht Club.
We had a late lunch at a place called The Oceanic, a beautiful modern looking restaurant right on the Atlantic Ocean. We had lunch on the 2nd floor balcony overlooking the ocean.

After lunch we went for a walk on the Oceanic Pier and watched many surfers. The water had changed complexion significantly from our previous stops of Myrtle Beach & Southport, becoming a beautiful blue/green. There were many surfers and some were pretty good. The town was named one of the “World’s 20 Best Surf Towns” by National Geographic Magazine, and was one of only seven towns in the USA to earn the distinction. 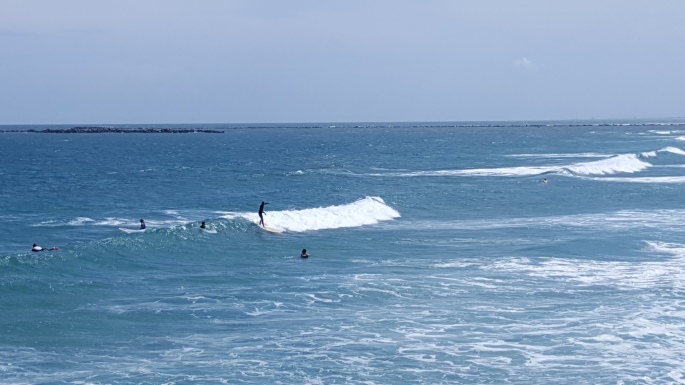 Like I said above, the water was really cool here in Wrightsville Beach, the photos don’t show it so well, but the blue/green water with white waves was very pretty. 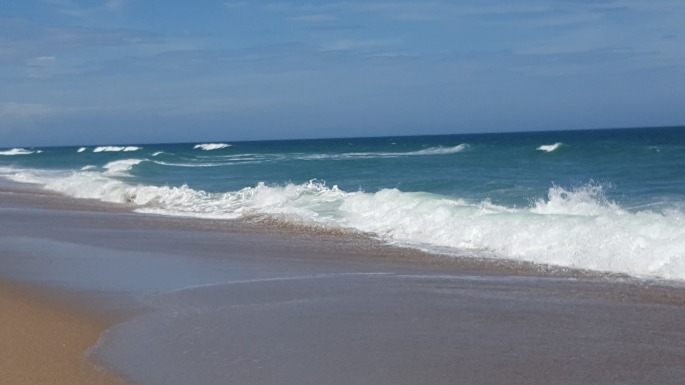 We went for a pretty good walk on the beach, walking 1.8 miles from The Oceanic Pier to the Johnny Mercer Pier.

After walking to the Johnny Mercer Pier, we talked with some lifeguards and found out that most of the places to hang out at were inset from the beach, on the main drag and about a 1/2 mile back from where we came. So we walked up to Lumina street, and walked another 1/2 mile back to a set of pubs on the main drag in town. We ended up at a place called Loggerheads Tavern, which seemed to be the place with the most activity. 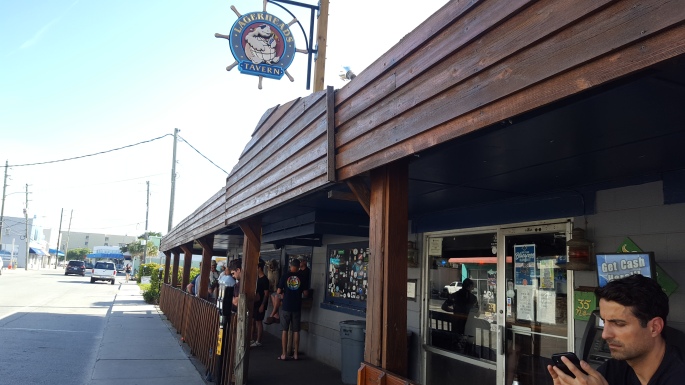 After a few beers, we went back to the marina and sat out on the Seapath Yacht Club watchtower for a while and watched the boats go by.

After watchin’ the boats go by for a while, we ended the day/night with another round of competitive Euchre in the Yacht Club complimentary captain’s quarters lounge. The lounge was in the center of the marina and had excellent views of the marina, and had nice card tables and cable TV inside. While playing Euchre, Nellie did some laundry and we watched/listened to Atlanta Braves baseball.

The night ended with the Hinman’s executing their revenge on the Murphree’s victory the night before in Southport, with a rousing 2-1 Euchre victory. The Euchre series is now tied at 1-1, with the rubber match  coming in the next few days.

May 23 – Wed
Wednesday May 23rd, we started the day with a trip into Historic Downtown Wilmington, about 9 miles & 20 minutes away from the marina. We used the complimentary car from the marina, an old Honda minivan, and saved $20 Uber fares each way, there & back !

We walked the riverfront and had breakfast sandwiches at a hole-in-the-wall place called Captain Tony’s, which had an awesome view of the Battleship USS North Carolina across the Cape Fear River. 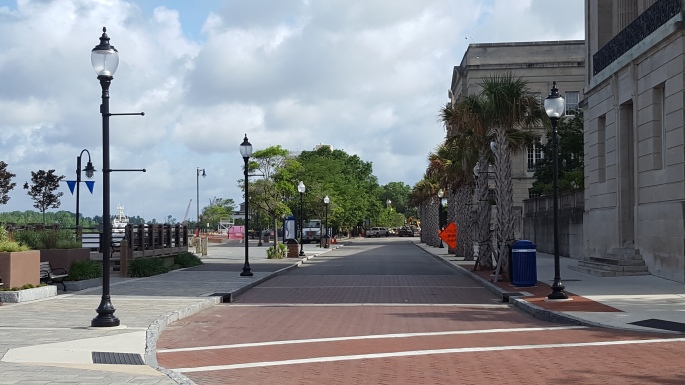 After breakfast, we walked the Wilmington downtown area for a while and waited for a 10am horse-drawn carriage ride. 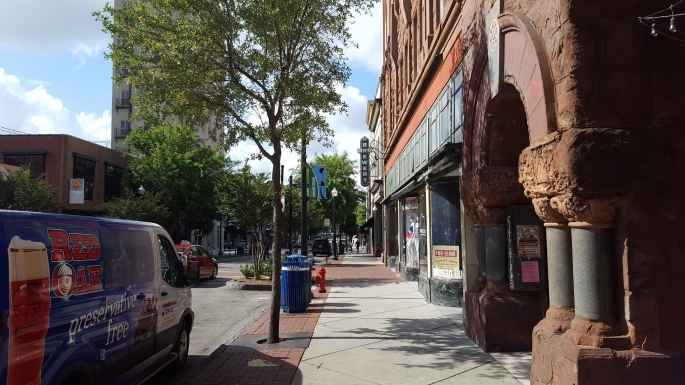 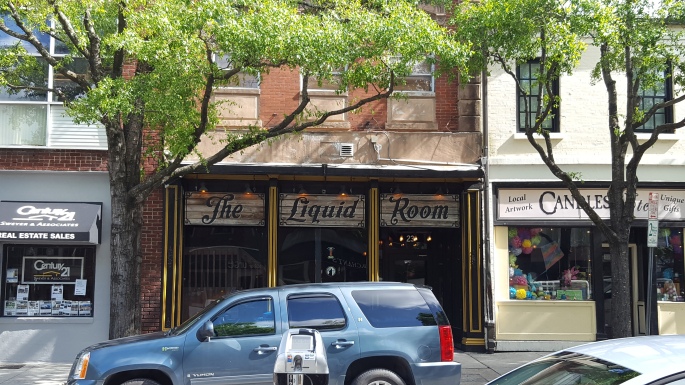 Tour guide John arrived with horses Prince & Don just before 10am, we departed on the tour about 10:15am. John was a very entertaining ex-New Yorker tour guide. 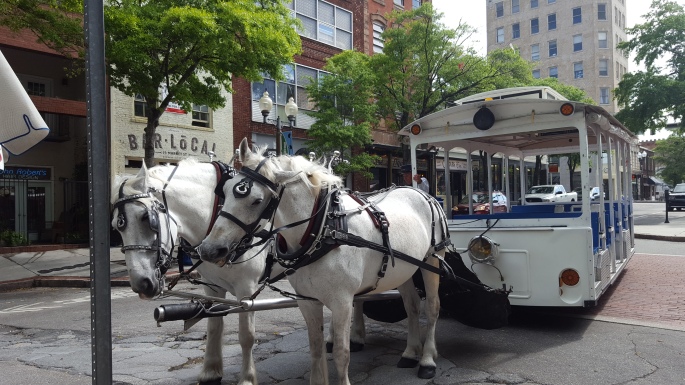 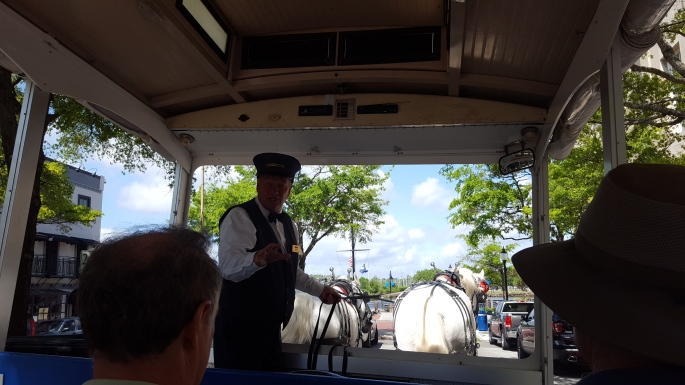 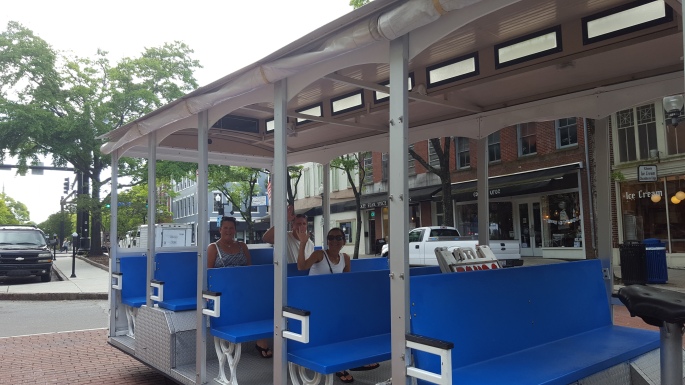 Wilmington North Carolina is a fairly large city, with population just above 100,000.
It is most famous for its Historical District, being on the Cape Fear River, and being the host to many movies & TV shows.
Wilmington is the home of Screen Gems Studios, the largest domestic television and movie production facility outside California. “Dream Stage 10,” the facility’s newest sound stage, is the third-largest in the US. It houses the largest special-effects water tank in North America. Numerous movies and several television series have been produced here, including; Maximum Overdrive, Iron Man 3, Fox’s Sleepy Hollow, One Tree Hill, Dawson’s Creek, NBC’s Revolution, and the TV series Matlock.
You can’t see it well in this photo, but here is the courthouse where many scenes from Matlock were filmed.

The carriage ride was filled with homes from the 1800’s (now boring for me & Jonell). But the oldest building was built in 1738. The building was almost lost due to structural degradation, but was propped up & reinforced with rods screwed into the building to straighten its structure. Look at all the decayed/repaired bricks. Also the rear yard wall was built with stones used as ballast on ships from England in the 1600’s. 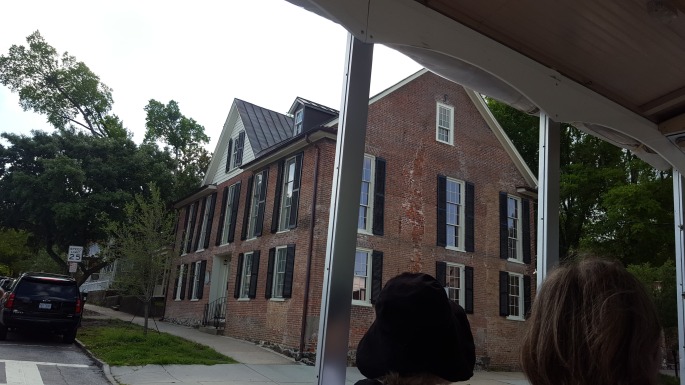 There were many beautifully restored old homes and several restorations in process. Wilmington has about 900 historic homes and buildings.

After the carriage ride, we came back to the boat and chilled for a while. Then we took an uber over to the Wrightsville Beach and spent a few hours on the beach.

About 3pm the clouds started forming again, thunder was heard, and the lifeguards came out to warn everyone that lightning was within 5 miles. So we headed back to the boat after only a 2-3 hour stay. The photo does not show the nearby dark clouds coming.

We went back to the boat, took a siesta (at least I did, only 30 minutes), then headed back out for dinner in downtown Wilmington. We walked the Cape Fear riverfront boardwalk for a while. There were many fancy offerings for dinner places. We ended up at a pretty low-key place called Anne Bonny’s Bar & Grill. Anne Bonny’s is a floating barge along the Riverwalk in downtown Wilmington. 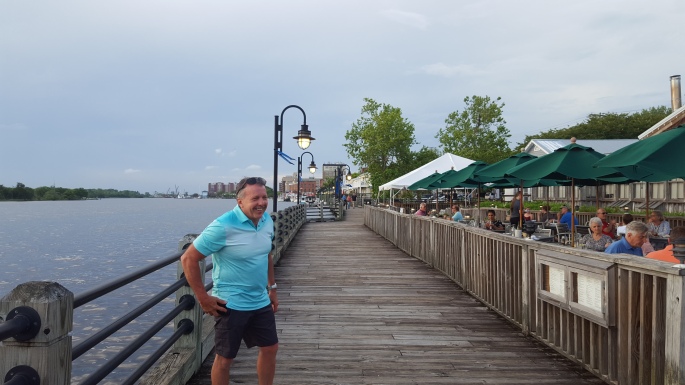 After dinner, Dave & I found enough room for one more drink at the Embassy Suites Rooftop Bar. The drinks were expensive but the riverfront views were great.
The rooftop bar also had about 10 fire pits lighting up the night time sky. 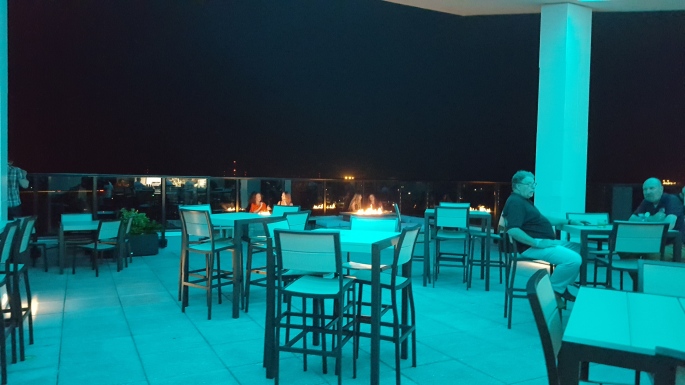 While we were at the rooftop bar, I was wearing the Carol Perotta –  “Gettin’ Looped” Jacket, and some of the other rooftop visitors noticed the jacket and commented about The Loop.

A short while later we were exchanging stories about the Loop and our backgrounds.

The 2 couples were ;
Bill & Stacey from Annapolis, who own a 42 Catamaran, and Dave & Cindy (currently Looper Dreamers) who were visiting from Houston.

It was a lovely night, and a fun-filled, exhausting 2 days in Wrightsville Beach !