May 24 – Thu
Thursday May 24th was a fairly long ride from Wrightsville Beach North Carolina to Swansboro North Carolina.
The ride was about 60 miles and included a very heavy rain storm about an hour after we departed. The rain storm lasted about 2 hours of the 7 hours we traveled. 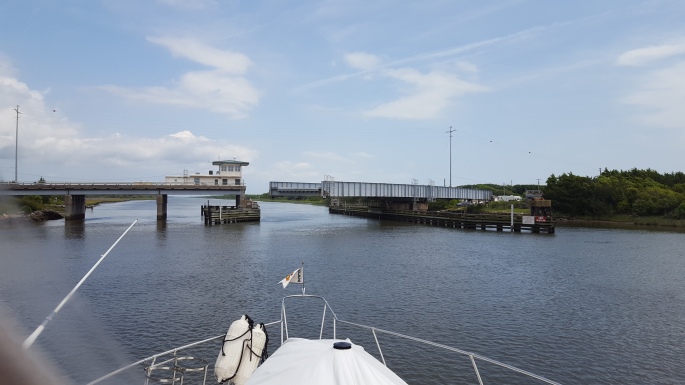 Towards the end of the ride, before Swansboro, we passed a remote area where one of the armed forces apparently uses for training. We entered an area with signs that said “Stop Do Not Proceed – Live Firing When Lights Are Flashing”. The lights were not flashing, so we did proceed. But we did hear boom noises far off to the north.

Shortly after entering the intermittently restricted area, we also saw signs which read “Danger – Unexploded Ordnance, Do Not Enter”.
We did not go on the the island !

After we docked in Swansboro, I discovered that the area we went thru was a training area for the Camp Lejeune Marine Corps Base. 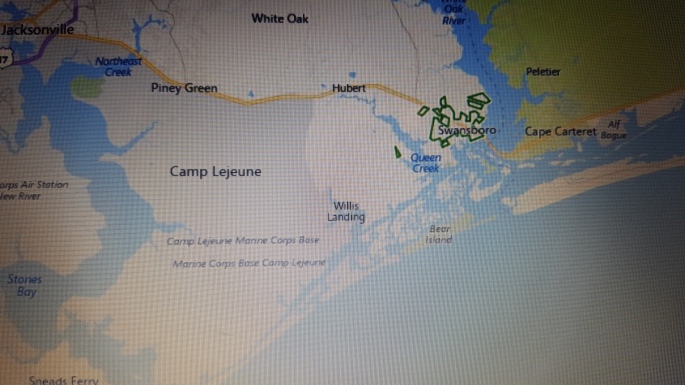 We arrived at Caspers Marina in Swansboro about 2pm.
I had learned from other Loopers that there was not so much going on here, so we had planned only a 1 night stay, using Swansboro only as a stop-over into Beaufort NC.
Casper’s Marina was just so-so, not high on our list.
It included fixed docks (not floating docks), had only 1 shower, and was really more of a boat rack storage place than a marina. 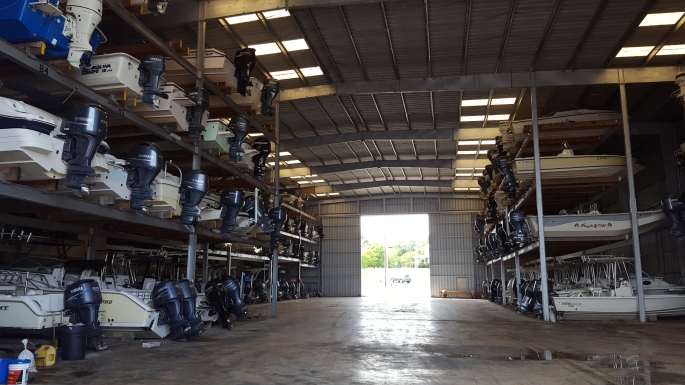 There were also a few antique shops, we spent a little time in a place called “the poor mans hole”. The prices did not appear to fit the poor mans title, but it was a cool shop. They had a LOT of nautical based knick-knacks. 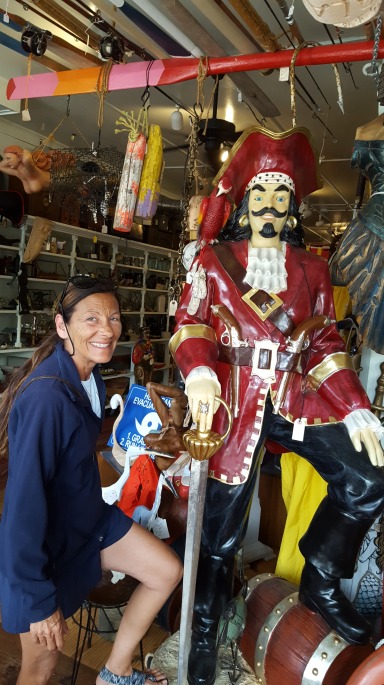 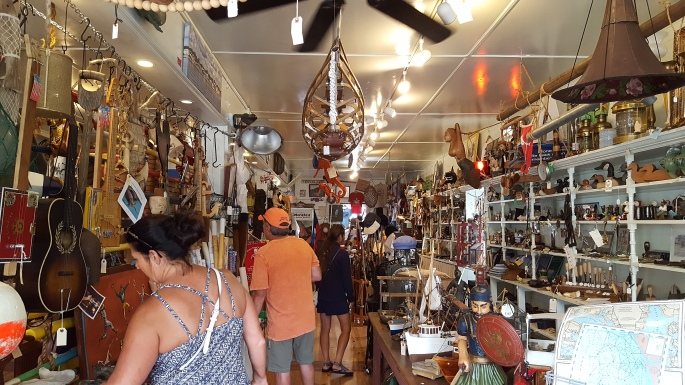 Many signs in The Poor Mans Hole and other establishments made me and Dave feel welcome. It was a town that we felt very comfortable in. 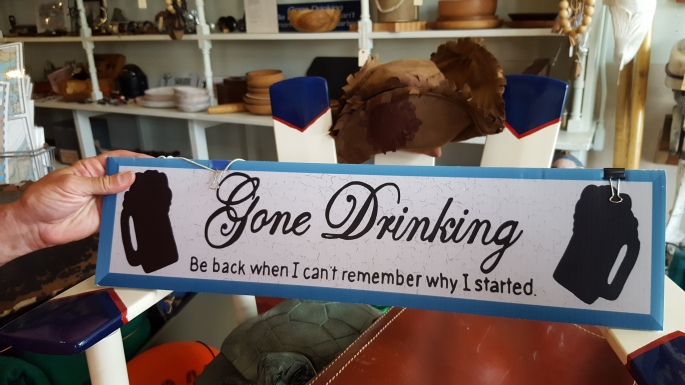 Swansboro also had about 5-6 restaurants within walking distance.
We had some “welcome to Swansboro drinks” at a place called The Icehouse.

After the Icehouse, we came back to the boat, chilled for a while, listened to some music, talked, and took the late afternoon 15 minute nap. I believe that even Dave was now into the program.

For dinner we went to an Italian place called The White Oak River Bistro. They had GREAT cheese bread, lasagna, & a really cool back deck with excellent views.
We ate our Itailian entrees, and listened to Luciano Pavarotti while eating. 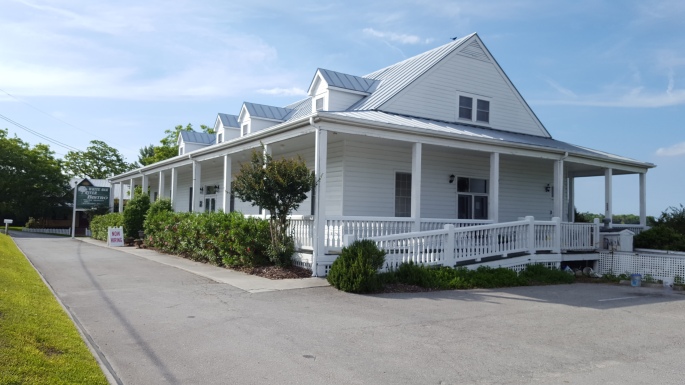 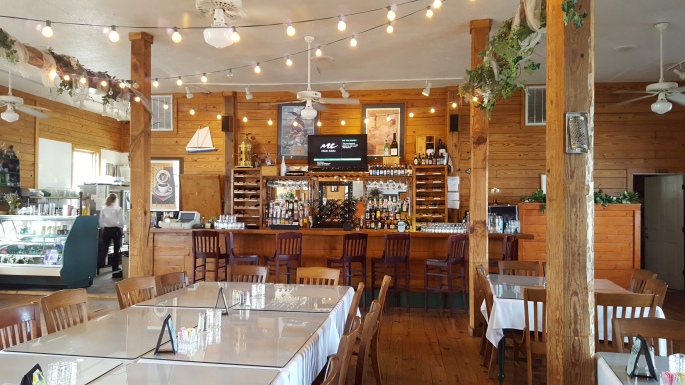 After dinner, it was time to start prepping for travel tomorrow to Beaufort, so we said farewell to Swansboro !

BTW – I’m not sure why they call the town Swansboro, we did not see any Swans but did see a large gaggle of geese ! 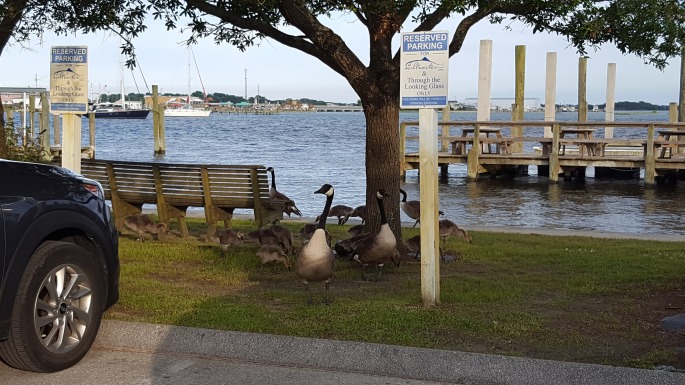 Next Stop
4 nights in Beaufort (Bo-Fert) North Carolina, the last port for The Hinmans (boo) !