I think the last few posts have been a little bit “boring” ?

But on our current fast paced trek north into the Chesapeake Bay, we have had many one night stands in some pretty small towns.

By the time we do all of our tasks after docking & then prepping for the next day, there is not much time for exploring, and the towns have been pretty small.

This post will be a little more of the same, maybe a little boring.
More interesting posts are coming in Solomon’s Island, St Michaels, Annapolis, Washington DC, and Baltimore.

BTW – we are also doing the blog to make a hard-cover book of our trip when we return, that is why we are so diligent about making a least 1 post in each town.

Todays trip, from Belhaven to the Alligator River Marina in Columbia North Carolina, started out very nice and ended with another “Alberto” induced rain storm.

We left the Belhaven Marina about 8am, in clear weather & calm seas.
We passed several nice pieces of waterfront real estate, on very remote pieces of land, just outside of Belhaven. 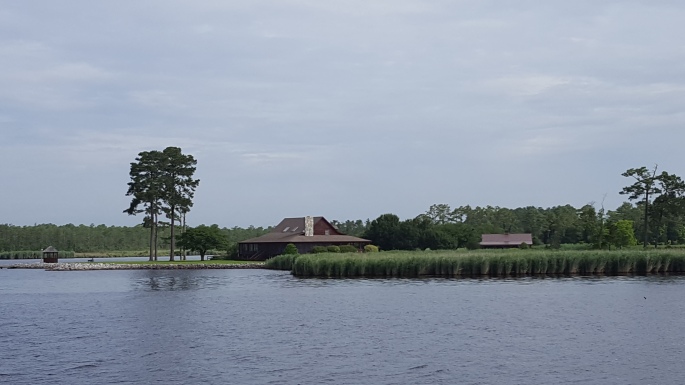 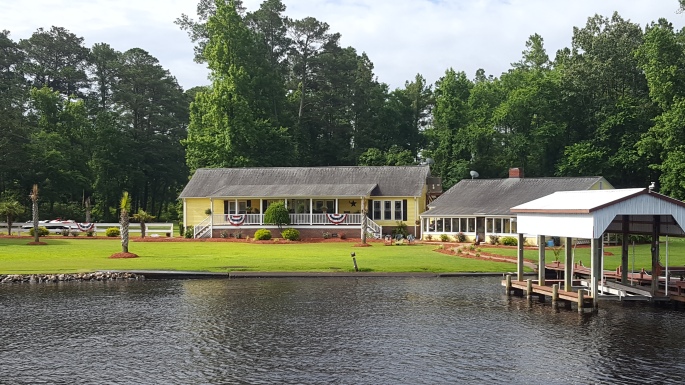 Then the ride became both very cool & very boring at the same time.
Most of the 52 mile ride was down a VERY STRAIT & VERY LONG CANAL.
The Pungo River in Belhaven is connected to the Alligator River in Columbia by a man-made 21 mile long canal. 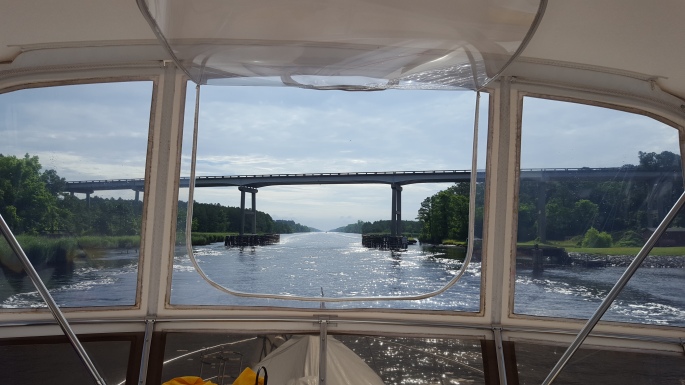 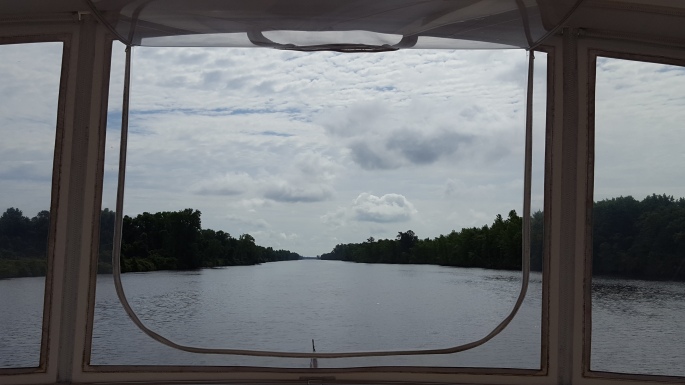 The 21 mile ride up the canal was cool & boring at the same time.
We saw deer & gators (too slow to get the camera for photos).
The shore side vegetation started looking almost jungle or rain forest like. 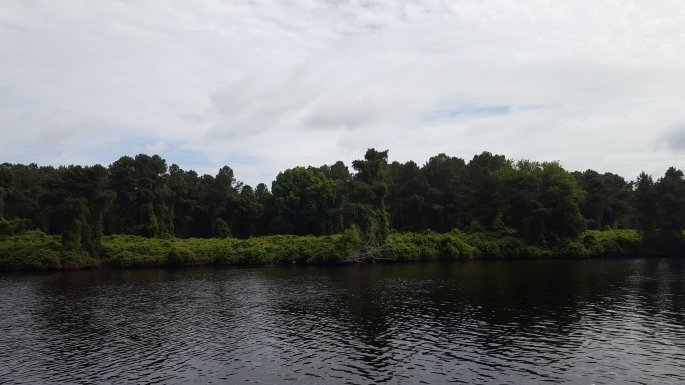 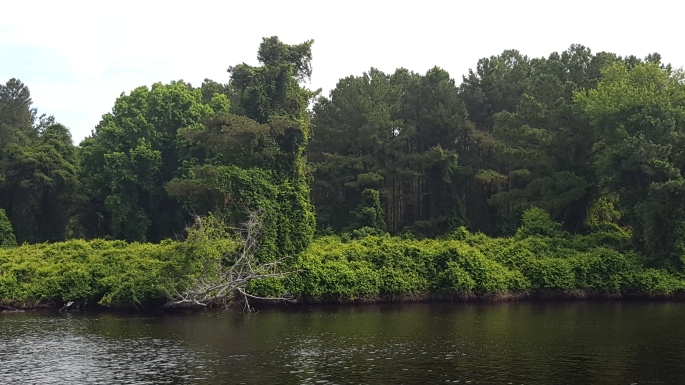 Further down the canal, we were attacked by huge half-dollar sized horse-flies !
Nellie up took arms, brandishing the electronic bug zapper given to us by Dave Vrabel & Carol Perotta.
It works very well.
After a short while of killing off several horse-flies, the smell of burnt horse-fly wings was in the air, and the attack dissipated. 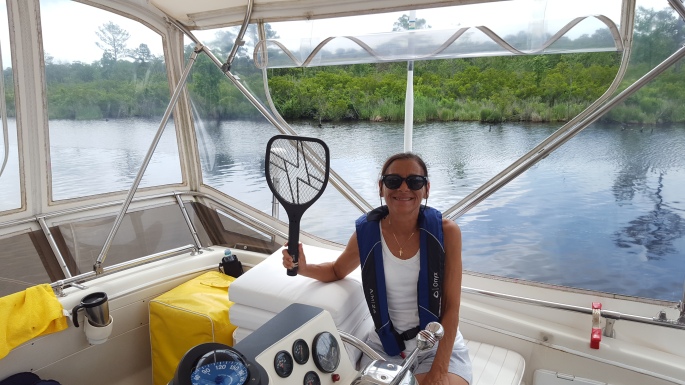 After we exited the canal and entered the Alligator River, we were hit with yet another major rain storm. The storm lasted about 45 minutes and was pretty hard rain. The rain cooperated and stopped about 30 minutes before we needed to dock at the Alligator River Marina in Columbia.

The Alligator River Marina is really a gas station, convenience store, & restaurant – with a few boat slips.
The docks & facilities are pretty good & clean.
It was the only marina option & worked fine for a 1 night stay to break up what would have been a 90 mile trip between Belhaven & Elizabeth City. 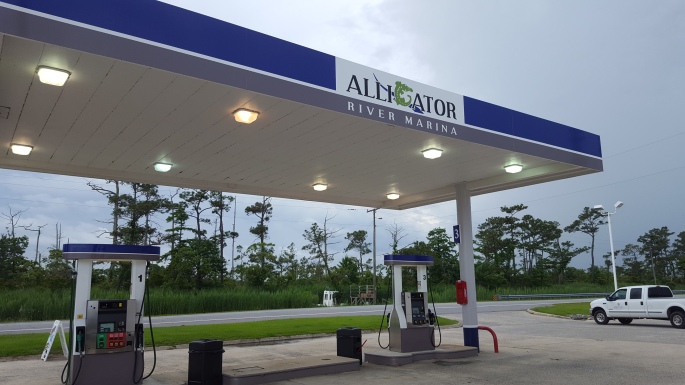 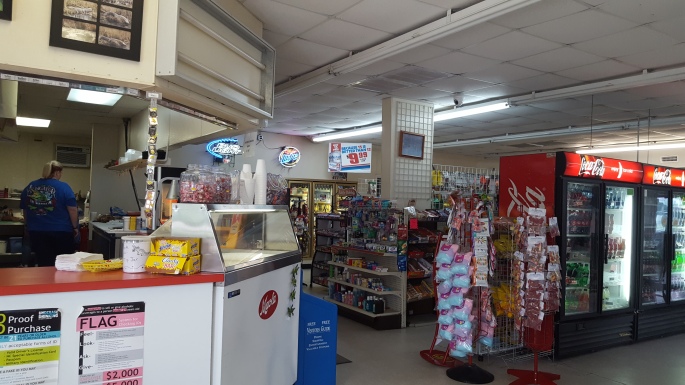 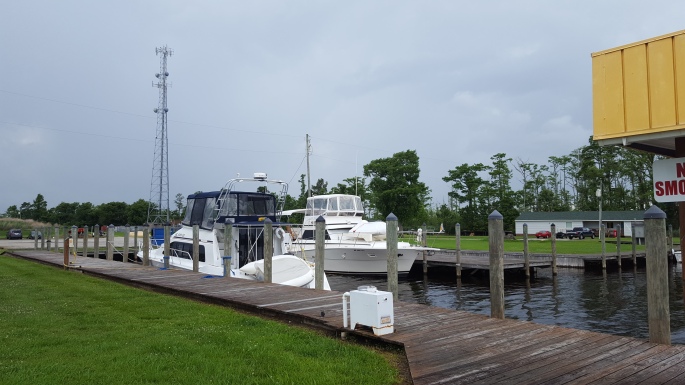 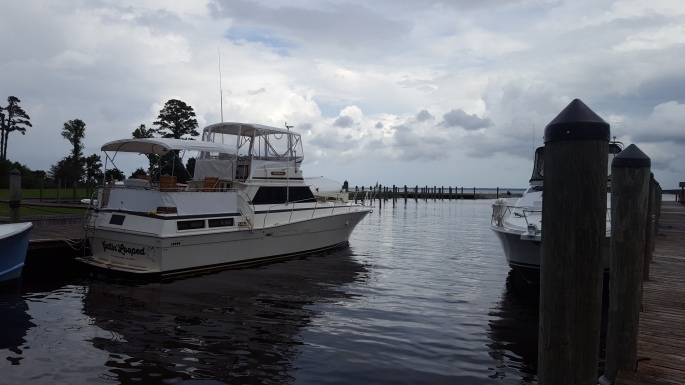 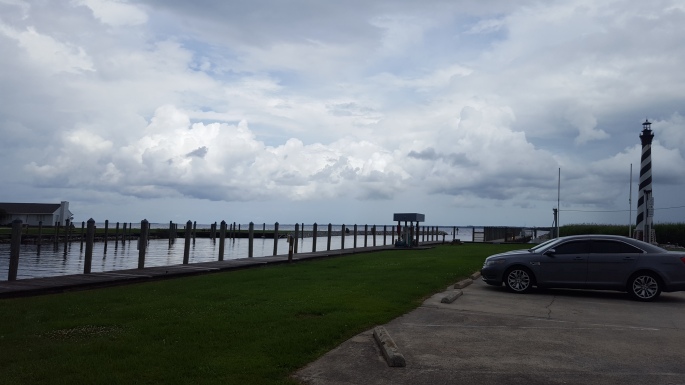 The Alligator River Marina is on an east/west highway 64 , which leads to the famed North Carolina Outer Banks (Cape Hatteras, Nags Head, Kitty Hawk), about 30 miles east of the marina.

The combination of  more rain all afternoon, travel fatigue, and laziness resulted in the Murph’s staying on the boat for the evening, and fore-going the explorations for this day.

Our exotic dinner was supplied by the Alligator River Restaurant, the choices were endless ! 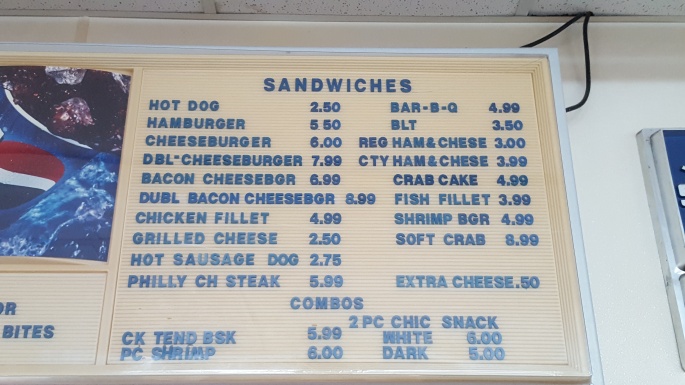 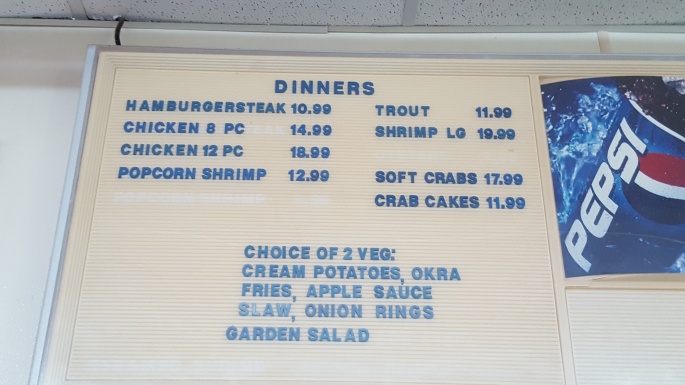 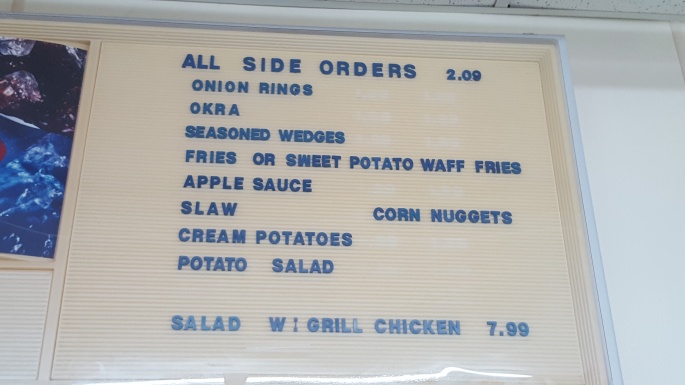 Next Stop
> 2 nights, Friday & Saturday (yea), in Elizabeth City North Carolina, about 30 miles north of Columbia.
> This will be our staging area for our trip thru the Famed Dismal Swamp on Sunday !