Due to storm Alberto ,the weather forecasts a few days ago projected rain all week and we have had a lot of rain, and expected to be traveling in rain today as we traveled 49 miles from Oriental to Belhaven.

But the ride today was awesome.
It was very cloudy, but dry with low wind, and calm waters.
The dark clouds & storms were in our sight, but all behind us.
The entire 49 miles today was in deep water, the lowest we saw was 9 ft, and it was an effortless, peaceful ride. 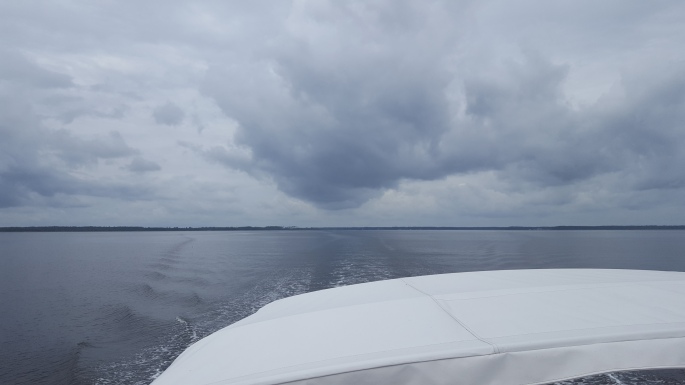 Along the ride we traveled thru some waters in which the tannins made the color dark brown/gold, like Tahquamenon Falls in  Michigan.

We also went thru a section of water in which we saw hundreds of jelly fish, about 6″ in diameter. The pictures did not show the jellyfish well and are not attached.

We arrived at the Belhaven Marina about 1:30pm.
The marina is very small, but again the folks are incredibly friendly. 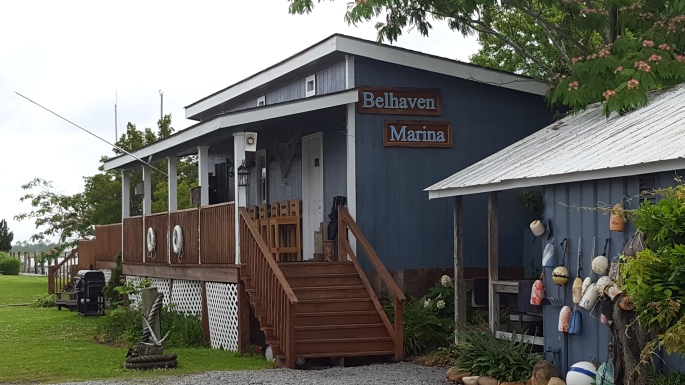 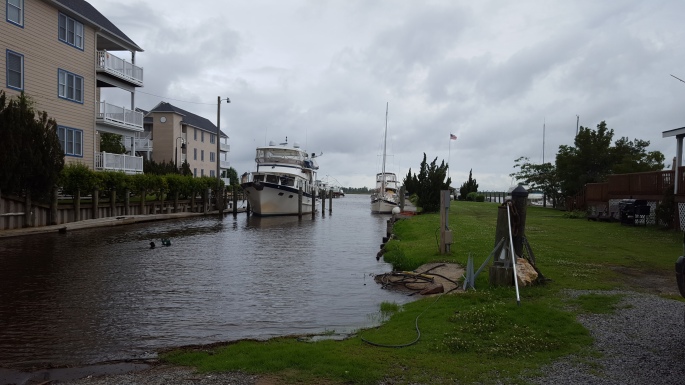 The town of Belhaven has about 1500 people, & Belhaven’s claims to fame are ;
> Formerly known as Jack’s Neck, then Bellport, and now Belhaven (beautiful harbor) the official name since 1899.
> Belhaven is the hometown of singer Little Eva, whose song “The Loco-Motion” was a #1 hit in 1962.
> It is also the home of Super Bowl XLV champion and Oakland Raider C. J. Wilson.
> In 1928, Belhaven was thrust into the national spotlight when it became the final link to complete the inland route of the Atlantic Intracoastal Waterway, connecting Beaufort to Boston, making it an ocean seaport.
> It is home to Spoon River Artworks & Market.
Spoon River is a farm-to-fork style restaurant with a goal to source as much of the menu from the state of North Carolina as possible.

Spoon River was recommended to us by Looper friends Lab Partners (Beth & Rip), and as soon as we got tied up today the harbor master Craig said “do you want Belhaven’s best tonight ?”
I said ” well it depends, what is Belhaven’s best ? ”
He said ” why, it’s the award-winning Spoon River Restaurant”.
So that became the dinner plan for tonight.

After some nice showers, we headed into Belhaven.
It was another small quaint town. In spite of higher population than Oriental (1500 vs 1000), it seemed smaller than Oriental based on what we saw. It probably did not help that we did not walk through town until about 6pm. 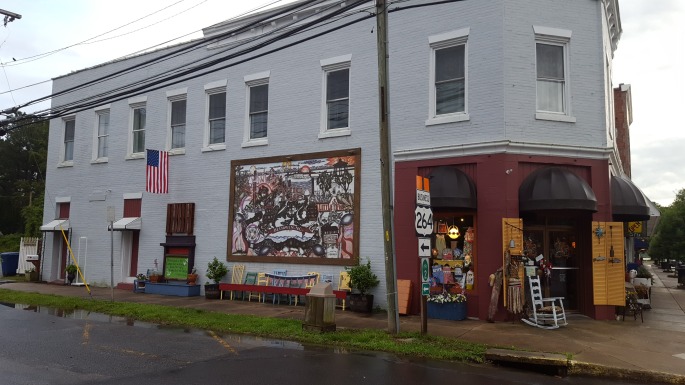 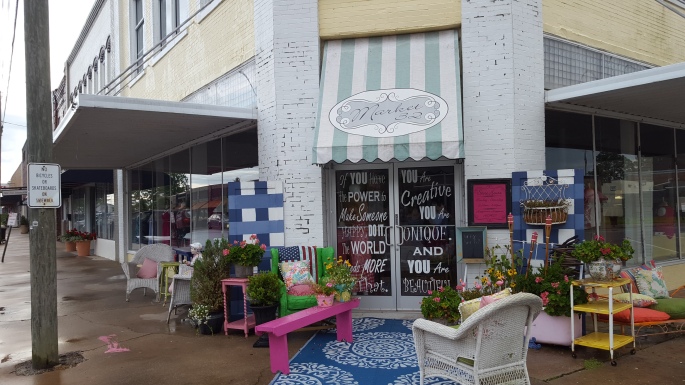 The Spoon River Artworks & Market was as advertised, a great meal with very nice ambiance. It almost seemed a little out of place in the small town.
The Entrees were $30-40, but the taste was awesome.
We ordered the Mahi-Mahi & the Pork Chop and shared each.
Both were really good, but the Mahi kicked butt over the Chop.
We also had the Shrimp Egg Rolls as appetizer. With the 3 sauces supplied, they were scrumptious.
What I liked the best at the Spoon River were the generous portions of food, we walked out of there stuffed.
Many fancy restaurants give you the little dollop of food with the fancy drizzle of sauce, and charge you $35 dollars for the artwork. 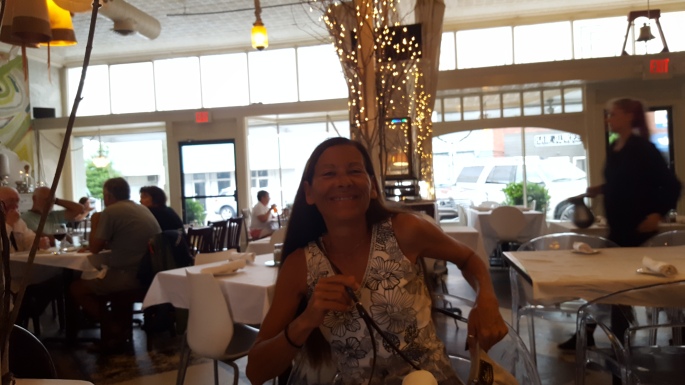 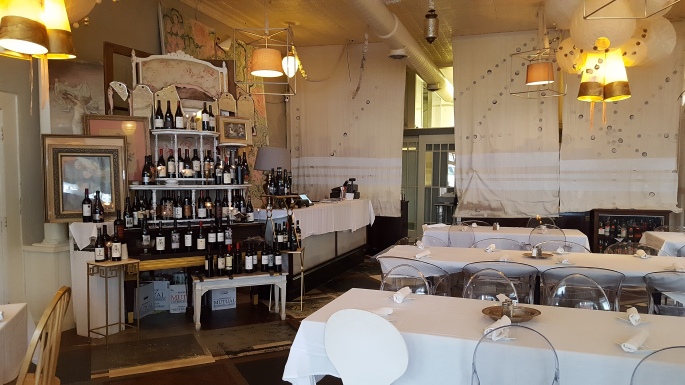 It was another quick glimpse of a cute small town.
There will be several more “quick – 1 day glimpses” as we make our way up to Solomons Island Maryland, where we will bed down for 4 days on June 6th, and welcome my great pal from junior high school Dave Noffert & his lovely bride Debbie.

Next Stop = 1 night in Columbia North Carolina at the Alligator River Marina.