The trip from Chesapeake City Maryland to Cape May New Jersey was a somewhat long 75 mile ride on The Delaware Bay, but the wind & waves were wonderfully low, providing a very calm care free ride.

We went under 7 bridges during the ride down the C&D Canal, here are a couple of the prettiest. 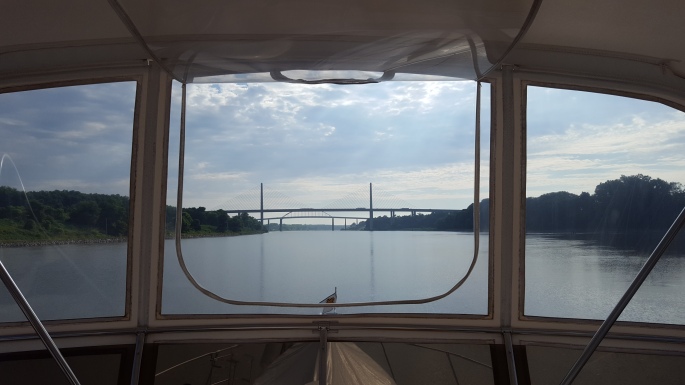 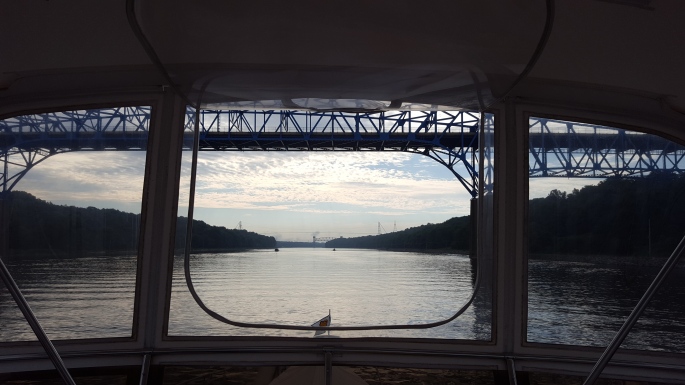 We arrived at Utsch’s Marina in Cape May about 3pm, after an early 7:30am departure.
As soon as we arrived, we were greeted by Dave & Claudia Fuller, originally from Dallas Texas.
Dave came a-knocking on the hull of Gettin’ Looped and said that he was drawn to the boat because he also has a Viking Double Cabin.

We toured each others boats, talked Looping, talked Boating, & talked Life & Retirement Plans.
They are Gold Loopers having completed The Loop twice, but also having done several sections of The Loop many times. About 6-7 years ago, they sold their home in Dallas and have lived on their boat ever since.

Dave also showed me some video of their  – Whale Tale
Check out the video on his blog.
Open the blog, then look near the bottom for ;  “Whale Tale”

We had dinner at a place right next to the marina called, The Lobster House.
The food was just “Ok”.

Jun 25 – Mon
Monday was a very low-key day.
We did chores in the morning & went to The Cape May Beach in the afternoon.

The waves were crashing making really cool loud noises.
We started reminiscing about all the beaches we had been to on the trip, and acknowledged that we will soon be done with ocean based beaches (boo !). 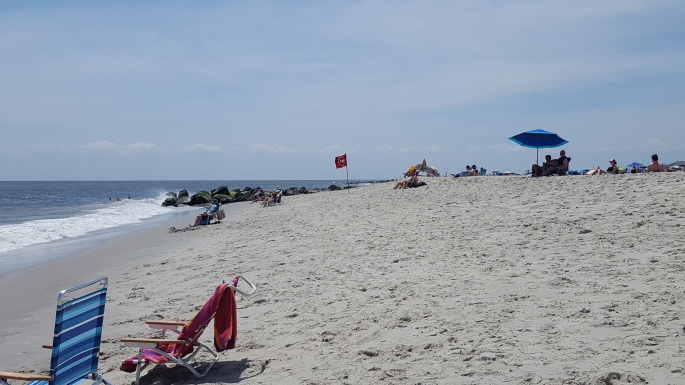 We watched the tour boats go by !

It was a pretty warm day, and all the folks in the water looked like they were having fun – so I decided to partake of some Ocean Time.

The waves were very big, and you could ride/bounce with the waves if you went out far enough.
But if you got too close to shore, you got pummeled by the large waves.

We were taken to the beach by Taxi driver Art.
On the way home from the beach we went to the grocery store, and then Art drove us thru some areas of the city and showed us some of the town and some of the beautiful, historic, 1800’s vintage homes.
I like touring the city by taxi, much better than by bikes ! 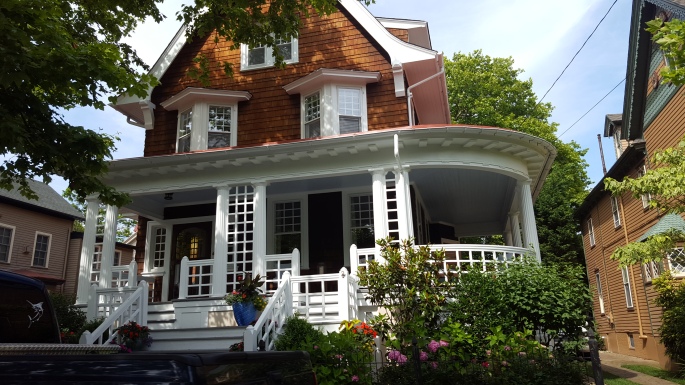 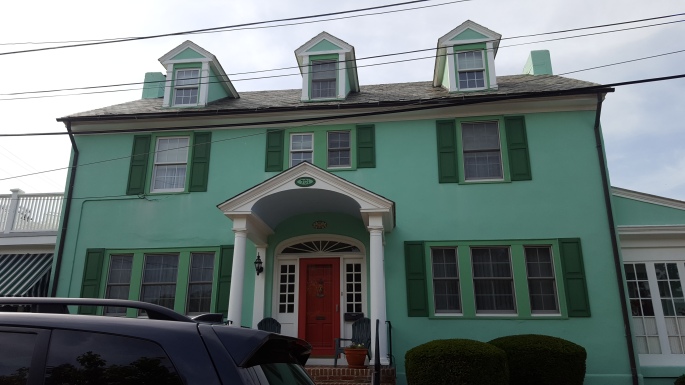 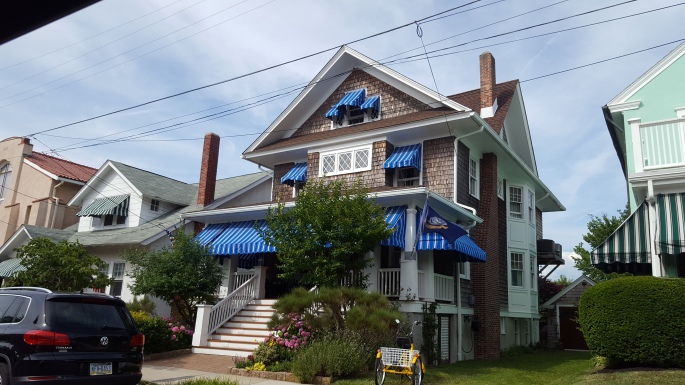 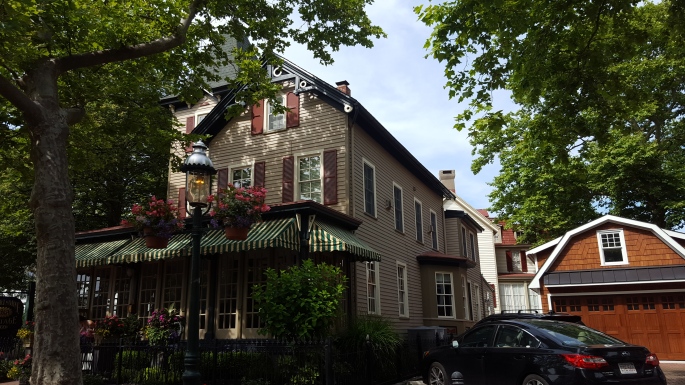 For dinner tonight, we had the ole Hot-Diggity-Dogs & Chips !