Jun 22 – Fri
We had a pretty uneventful ride from Baltimore up to the top of Chesapeake Bay.
Winds were high (20-25mph), waves were 4 feet on the open water of the Chesapeake and occasionally coming over the bow, but the waves were coming at us so the ride was ok.

We have now exited The Chesapeake Bay and are in the C&D Canal, a connecting body of water between Chesapeake Bay & Delaware Bay.
Here is the Link to see our location= https://share.garmin.com/GettinLooped2017

Shortly after docking, we were approached by 4 fellow boaters from Philadelphia (about 60 miles away), who noticed our Michigan Home Port on the stern. Conversations about The Loop followed, and they invited us to join them up on the party deck at The Tiki-Bar.

Dan/Shannon & Neil/Dawn were very nice and welcomed us to join in their party. We talked about The Loop, Boating, Sports, & recommended places to see in our upcoming ports of Cape May and Atlantic City. It was Shannon’s birthday, and we offered to buy drinks, but Shannon paid !
They were all very nice, very friendly, very talk-a-tive folks.
We were bummed out that they would be leaving in the morning.

Thru the above 4 folks, we also met their mutual friends Sam & Sheryl.

After the long travel day, we were a little bushed.
We attempted to have dinner at the indoor restaurant connected to the Tiki-Bar, but after waiting 1 hour for a table, we gave up and got a pizza to go back to the boat.
The indoor restaurant/bar also looked like party central, and I think that was why nobody was leaving their tables, waiting for the band to start at 8pm. It looked like it was going to be a good show, the restaurant/bar also had a separate audio room for the bands music mixer guy.

Maybe we will do the band tomorrow night ?
Tonight was pizza and our new Netflicks series – House of Cards.
We just completed the 2 seasons of The Crown, it was great.
I know that House of Cards is old, and Kevin Spacey has issues, but so far the show is very addicting.

Jun 23 – Sat
Bla, another dreary/rainy day – what’s up !
We sat around the boat most of the morning doing maintenance checks, banking & blogging.

In the afternoon the rain stopped & we went for a walk around the big town of Chesapeake City, it took only about 30 minutes.
Chesapeake City was originally named the Village of Bohemia, but the name was changed in 1839 after the Chesapeake and Delaware Canal (C&D Canal) was built. Today, the town contains numerous old homes from that era that have been converted into bed and breakfasts, restaurants and the local historical museum. The current population is only about 700 very friendly folks. 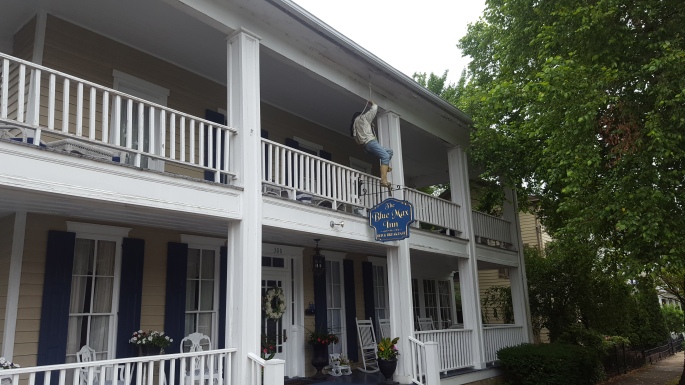 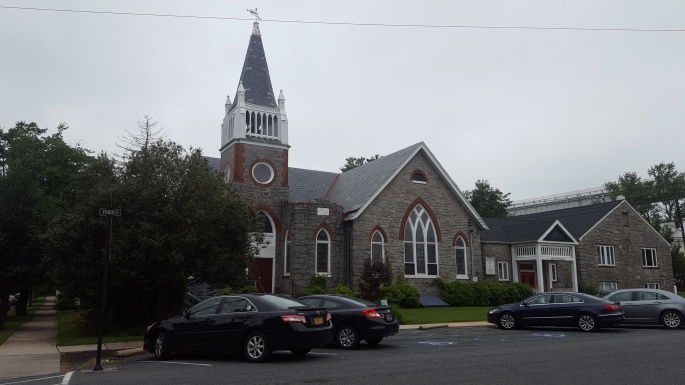 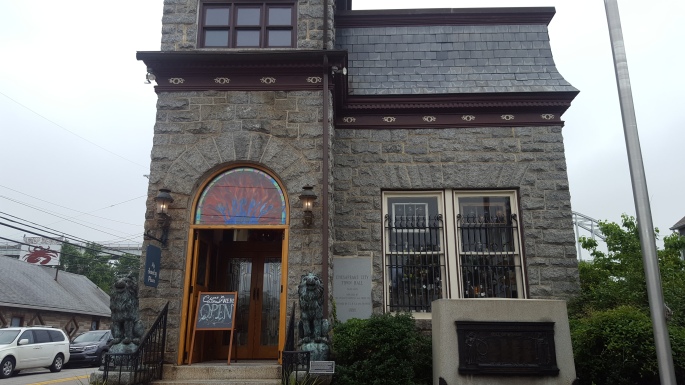 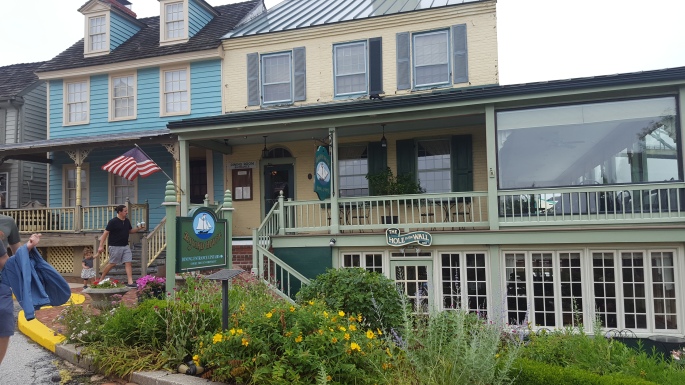 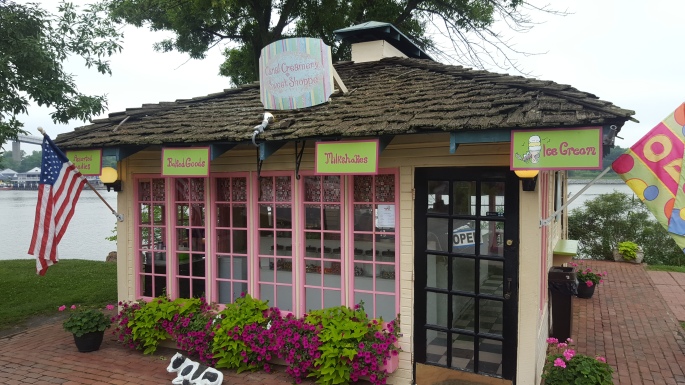 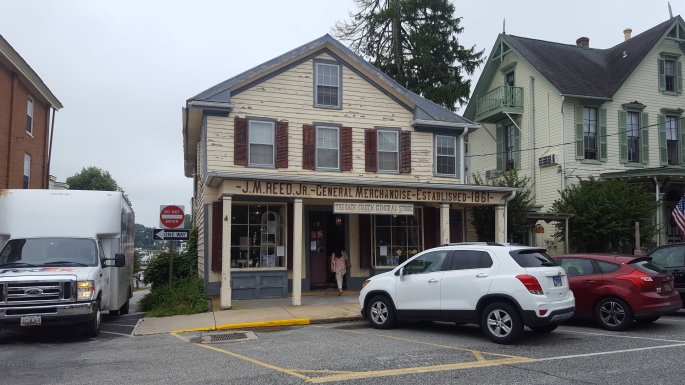 Chesapeake City became a more vibrant city when the C&D Canal was formed.
The Chesapeake & Delaware Canal (C&D) is a 14-mile long, 450-foot wide and 35-foot deep ship canal that connects the Delaware River with the Chesapeake Bay. The C&D Canal is owned and operated by the U.S. Army Corps of Engineers.
The Canal was built/hand dug from 1822-1829. About 2,600 men dug and hauled dirt from the ditch, the laborers toiled with pick and shovel at the immense construction task, working for a wage of only 75 cents/day. The swampy marshlands along the canal’s route proved a great impediment to progress; the workers continuously battled slides along the “ditch’s” soft slopes. It was 1829 before the C&D Canal Company could announce the waterway “open for business”.
Its construction cost of $3.5 million made it one of the most expensive canal projects of its time (that’s a lot of $0.75 per day, who pocketed all the money) ?

We had lunch at a place called The Tap Room, just had a sub & some beers.
Nice quaint little bar.

Saturday afternoon about 3pm the sun actually came out again.
The boaters & land-lubbers started piling in.
The marina dock boys said that this was nothing, that it really gets hopping on full sunny weekends. 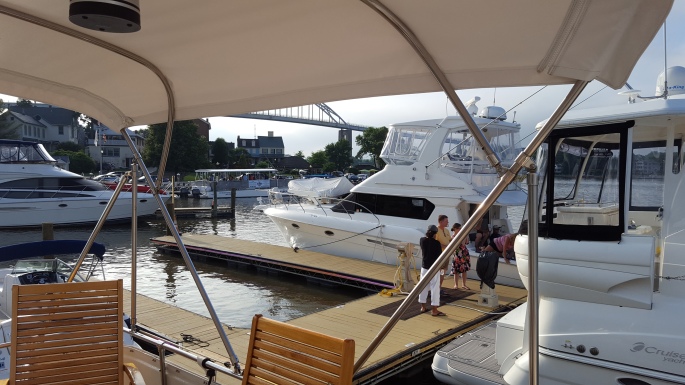 Saturday night we went to dinner at The Chesapeake Inn, the main attraction here at the marina. It is on the upper floor of the bar we had the pizza from last night, and is probably the fanciest joint in town.

It was a pretty low-key 2 days in Chesapeake City.
But a pretty cool very small boating town.
Our last night in Maryland.