After 6 days, and a 2 day delay due to Wind/Waves, we finally made the journey from Michigan City to Chicago yesterday. Small craft warnings expired at 10am, we left at 10:30am. It was a bumpy ride (photos don’t show it). We are looking forward to some river boating. 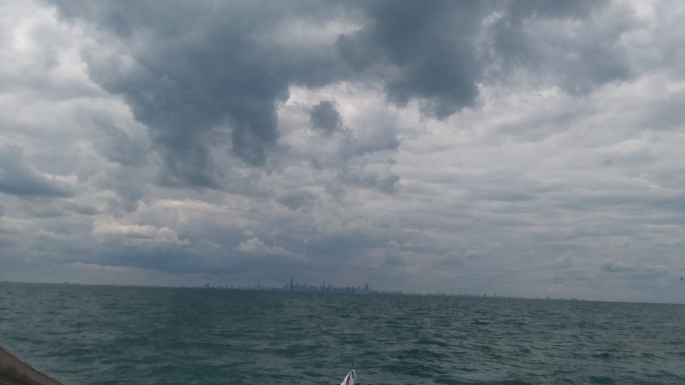 Dusable Harbor is a very large marina. When you enter the large harbor, you have to pass by a LOT of sailboats moored on the left, then the full marina. There are about 400 slips in the marina. Dusable Harbor is located just south of the Chicago River Lock, Navy Pier, and the Ferris Wheel. Dusable is located just north of Soldier Field, and just east of Grant & Millennium Parks.
Here is the view from our slip. 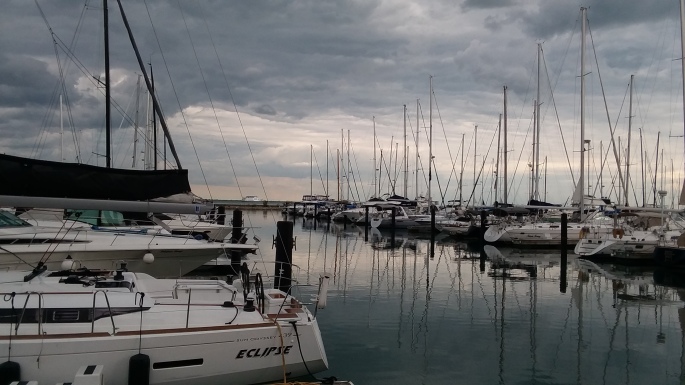 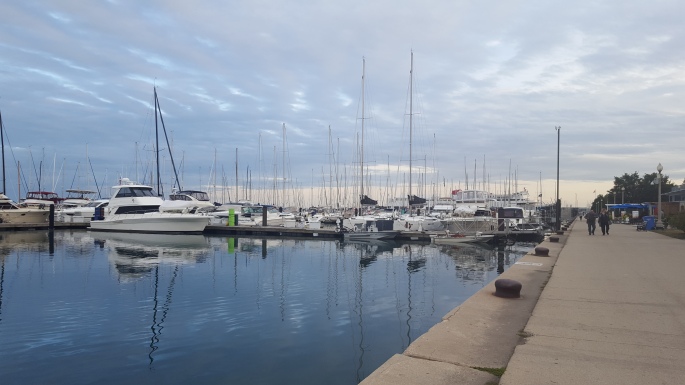 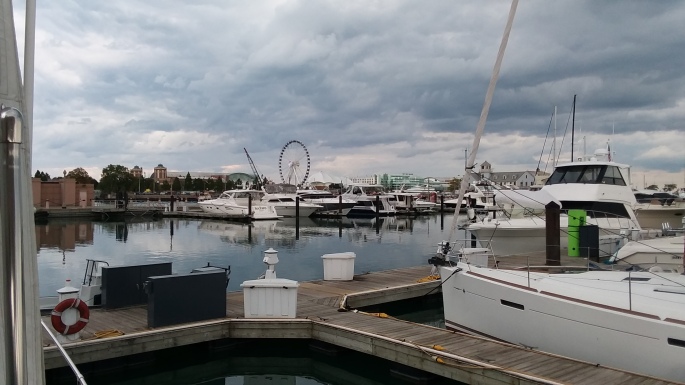 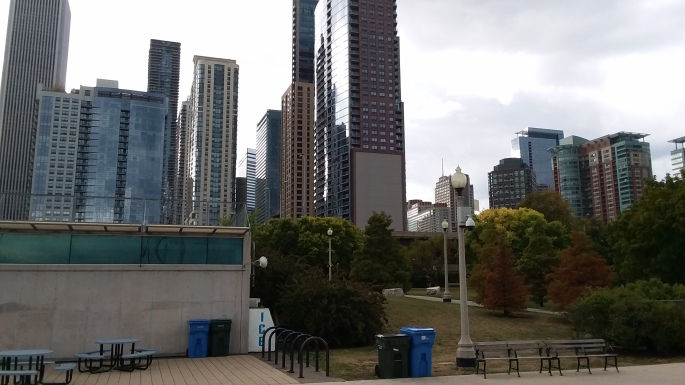 Last night on our arrival night, we did part of the river walk and ate dinner at Dick’s Last Resort. The waitress at Dicks was very rude, I guess that is their claim to fame. After a long day on the water, I was ready to chill out not be treated rude. After a short conversation, she altered Dicks normal protocol to be nice. 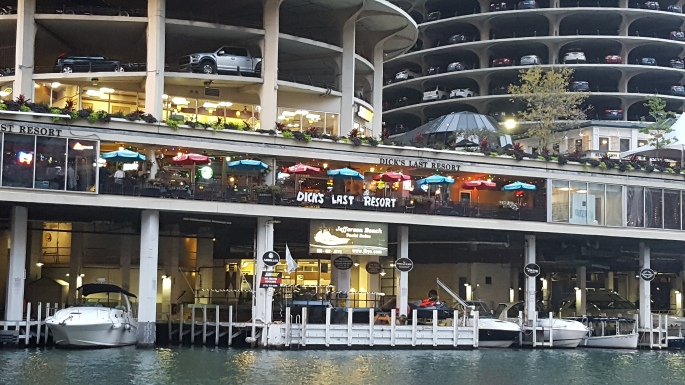 This morning we went to the Sears Tower, now named The Willis Tower. It was built in 1973, and is still the 2nd tallest building in the USA and 16th tallest in the world (108 stories/1450ft). The building was renamed in 2009 by the Willis Group as part of its lease agreement for a large portion of the building. The Willis Group is a brokerage company based in London. 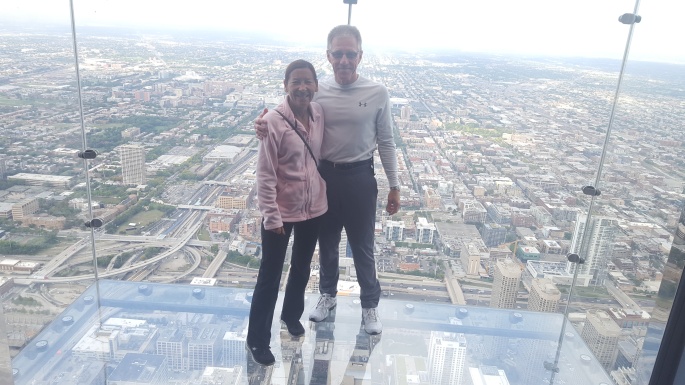 Tonight we expect my brother Kenny & girlfriend Carla to arrive about 5pm and join us for some weekend fun in the Windy City.